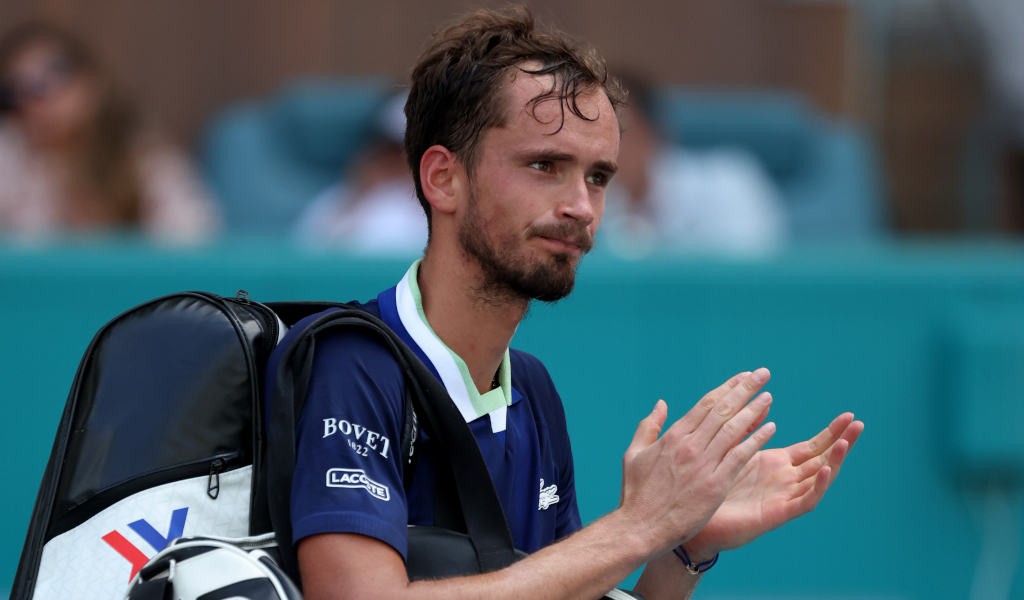 It is only a matter of time before Daniil Medvedev usurps Novak Djokovic again at the top of the ATP Rankings, according to former British No 1 Tim Henman.

Medvedev failed to regain the world No 1 ranking at the first time of asking after losing against defending champion Hubert Hurkacz in the quarter-final of the Miami Open.

The US Open champion had to reach the last four in Florida to take over from Djokovic after the 20-time Grand Slam winner returned to No 1 following Medvedev’s three-week spell at the top at the beginning of March.

“In the context of that conversation, if Medvedev hadn’t already been No 1, then it is a big issue, but the fact he’s already been there – and yes, he’d rather be one than two – means I don’t think it’s such a big issue for Medvedev,” he told Amazon Prime.

“If you look at the ranking points coming up, because he played so poorly on clay last year, I think he will get back to one pretty rapidly, especially if Djokovic is only playing a curtailed schedule.”

What made Medvedev’s quarter-final exit so surprising was the fact that he was in cruise control in his other matches in Miami as he won his first three matches in straight sets.

But Hurkacz snapped up a 7-6 (9-7), 6-3 victory in two hours and two minutes and Henman feels the conditions played a big part.

He added: “It’s very hot and humid out here. The nature of the match meant it was Medvedev having to work harder on his serve and from the back of the court.

“After just over two hours he was certainly feeling the pain out there.

“All credit to Hurkacz for playing so well and making Medvedev work, that’s one of the reasons he came out on top.”