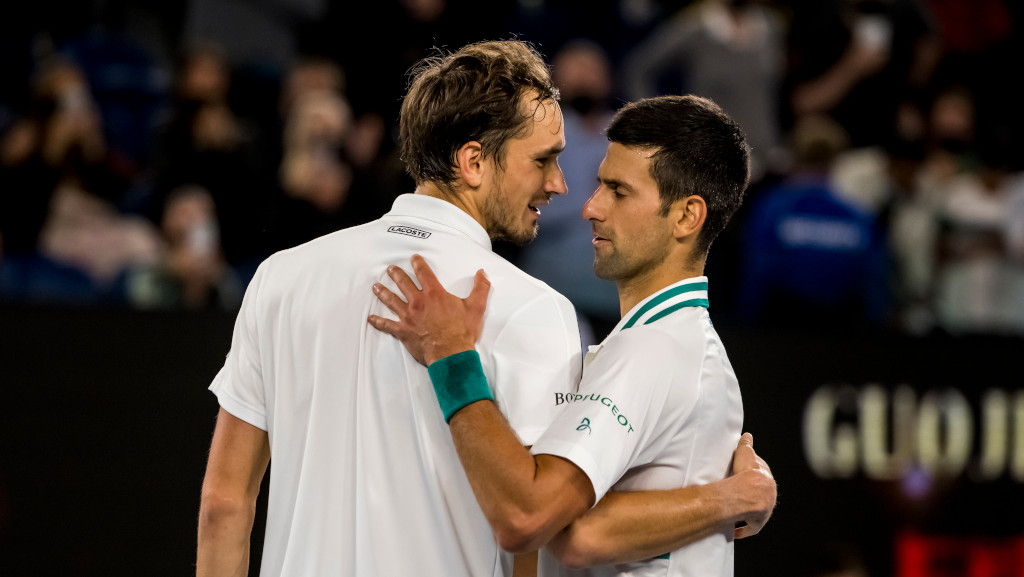 Daniil Medvedev has described Novak Djokovic’s record-breaking 311 weeks at No 1 in the ATP Rankings as “an unbelievable achievement” while he also insisted that those playing in the same era as the Big Three has “nothing to be ashamed of”.

Djokovic surpassed Roger Federer’s milestone of 310 weeks at No 1 last week and, with the Serbian still very much at the top of his game, Medvedev sees no reason why the 18-time Grand Slam winner can’t hit the 400-week mark.

“First of all, it’s an unbelievable achievement. For sure I think in the world of tennis we talk about Grand Slams more than anything else. But this is also a small competition, [and] I’m sure he’s really happy about it,” he told ATP Tour.

“The way he’s played, he’s definitely capable of catching 400 weeks. We’re going to try to not let him do this.

“I didn’t manage to do anything in the Australian Open final, but that is what sport is about. Nobody is going to give him an easy pass, he’s going to have to earn it.”

Djokovic, Federer and Rafael Nadal have dominated tennis the past two decades, winning 18 Grand Slams between them and setting dozens of records along the way.

The chasing pack has at times been criticised for not challenging the Big Three more, but Medvedev insists the trio are simply in a class of their own.

“As I’ve always said about the Big Three, they are unbelievable. The records they have set [are] probably not going to be beaten maybe in 100 years,” he said.

“It’s very rare that you see this in sports. I don’t think you can say that other players were not good enough in this era, it’s just that they were unbelievable and there’s nothing for others to be ashamed of.”