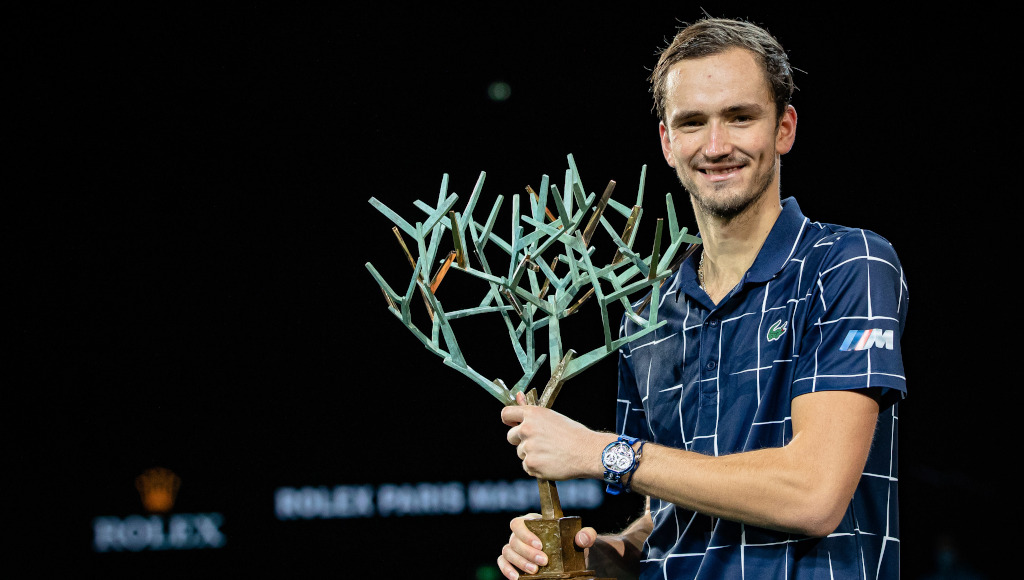 Daniil Medvedev will head into the ATP Finals in London as one of the dark horses to lift the title, as he confirmed he is in prime form with a thrilling 5-7, 6-4, 6-1 victory against Alexander Zverev in the Paris Masters final.

Medvedev admitted he was frustrated with his form ahead of his first win of 2020 in Bercy, but the Russian who will move up to fourth place in the ATP rankings on Monday believes he is now back on track.

“Before the tournament, I was not in my best form, playing not so bad with zero finals this year. I was complaining to my wife like, ‘Oh my god, I don’t have the level. I don’t even have one final. I am playing so bad.’

“Finally, I am the winner of Bercy, a tournament that I love.”

Medvedev won just three of his previous eight matches prior to his run in Paris, but he had too much for in Zverev, who admitted he had been beaten by the better man.

“Credit to him. He’s a great player,” said Zverev. “It’s his first tournament win of the season. I know his season wasn’t the easiest one, whereas I have to say my season had actually been going quite well.

“We will see how it goes with London. I’m happy with my tennis. I just need to maybe recover a little bit physically.”

Medvedev’s ability to punish Zverev if he left the ball short was a key to his success, with the German fading in the third set as he surrendered the match with a double fault.