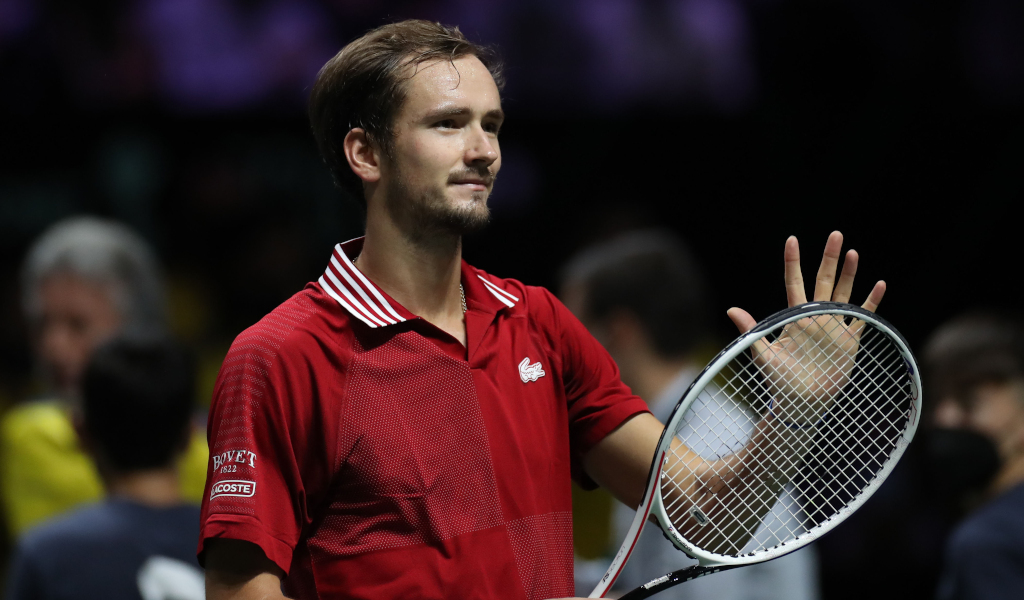 Daniil Medvedev praised the Russia team’s attitude as they knocked out Davis Cup holders Spain from the tournament, finishing top of their group in the process.

Favourites Russia were slow out of the blocks as Andrey Rublev lost the opening rubber 2-6, 6-3, 6-4 against veteran Feliciano Lopez in Madrid.

However, US Open champion Medvedev levelled the tie with a 6-2, 7-6 (7-3) win over Pablo Carreno Busta before Rublev teamed up with Aslan Karatsev to win doubles.

Marcel Granollers and Feliciano Lopez had to win to give hosts Spain a chance of qualifying and they made a great start as they won the opening set, but the Russians bounced back to win 4-6, 6-2, 6-4.

“Everybody is super happy,” Medvedev said after their qualification was confirmed. “Because that’s how we all are in the team, all five players. I think, if I’m not mistaken, we needed to win just one game to be through. Yet we won a match, and that’s all you need to know about us.

“We want to win, no matter if it’s an exhibition match, a match that doesn’t count maybe for the tie, or an important match. Our goal is to win. I think it’s very important for the confidence of the team to win against such team as Spain. Even if they didn’t have their best line-up, they are playing at home, and to beat them means a lot.”

It means Russia topped Group A will face Sweden for a place in the semi-final after Sweden and Serbia qualified for the quarter-finals as the two best runners-up.