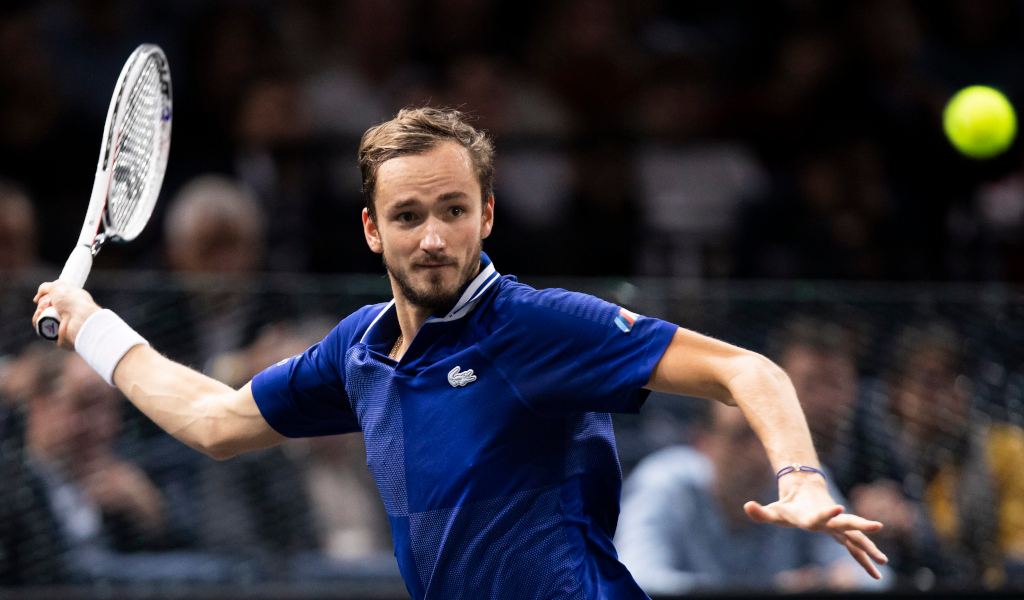 Daniil Medvedev and Carlos Alcaraz bounced back from early exits from the Canadian Open as they produced solid performances in their opening matches at the Western & Southern Open on Tuesday.

The top two seeds lost their openers in Montreal last week, but they both recorded straight set wins in the second round in Cincinnati.

World No 1 Medvedev, who is in danger of losing top spot in the ATP Rankings to Rafael Nadal this week, was solid in the first set against Botic van de Zandschulp, but did have his work cut out in the second set.

He eventually claimed a 6-4, 7-5 victory and will face either Tommy Paul or Denis Shapovalov for a place in the quarter-final.

2019 champion @DaniilMedwed battles past Botic Van de Zandschulp 6-4 7-5 to reach the third round at #CincyTennis pic.twitter.com/RKMeAxofw5

Dutchman Van De Zandschulp struggled with his serve and Medvedev broke in the opening game of the match and missed a couple of other break point opportunities.

The Russian then edged ahead in game five of the second set, but the world No 24 pegged him back in the next game as he broke back. Medvedev then had to wait until the 11th game to break again and he eventually wrapped up the match on his third match point.

“The second set was not that clean,” the top seed said. “The first set was great. Everything was working. I had three games where I had break points but managed to break in the first game, which was enough.”

He continued: “The second set was going not that bad. He was not serving especially well today, doing a lot of double faults. So I tried to keep pressure, use my chances.

“Actually on return, I feel like I did a good job. Two breaks on these fast courts is enough to win and I should have done a little bit better on my serve.

“But the first match is tricky and I’m happy that I managed to go though, and hopefully I will raise my level in the next matches.”

Medvedev needs to reach at least the quarter-final in Cincinnati to hold onto top spot in the ATP Rankings ahead of his US Open title defence.

Third seed Alcaraz is in the bottom half of the draw and he also claimed a morale-boosting win following his second-round defeat in Montreal, beating Mackenzie McDonald 6-3, 6-2 to set up a clash against 2014 Open champion Marin Cilic.

The Spaniard admitted after his defeat in Canada that he struggled to deal with the pressure, but he is learning to adapt.