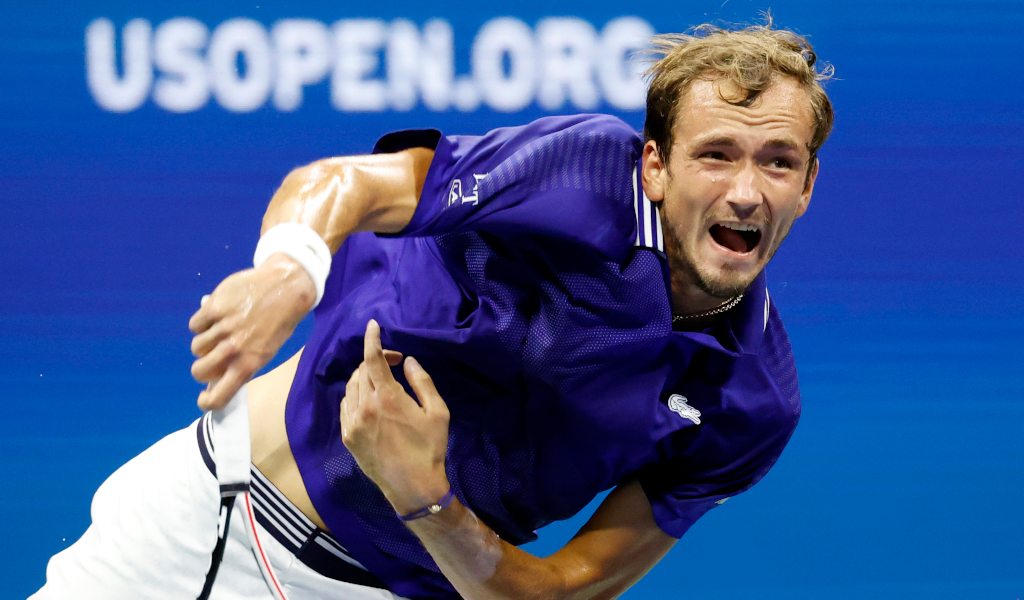 Daniil Medvedev says he hopes to go ‘one better’ than last year and reach what would be a second career US Open final.

The Russian world number two defeated qualifier Botic van de Zandschlup in the quarterfinals on Tuesday, meaning he has matched his performance in the tournament from last year.

Onn that occasion, eventual winner Dominic Thiem got the best of him with a brilliant performance, but Medvedev is determined to get another shot at the final this time around.

“First two sets he was missing and I was controlling the game and then he got more aggressive,” Medvedev said. “He made it much tougher for me.

“I couldn’t find my rhythm in the first two sets due to shadows, but in fourth set it was more clear and I could find my toss, rhythm and serve better.

“I had my first Grand Slam breakthrough in New York reaching 2019 final against Rafael Nadal, so already New York is in my heart.

“Dominic Thiem played amazing in semi-finals last year, hopefully I can go one better this year.”

“Botic’s run was amazing, to come from qualifiers to main draw is amazing.

“He played so many long matches but was still able to come back, anything could’ve happened in fourth set.”