Caroline Wozniacki crashes out, but Simona Halep into quarters 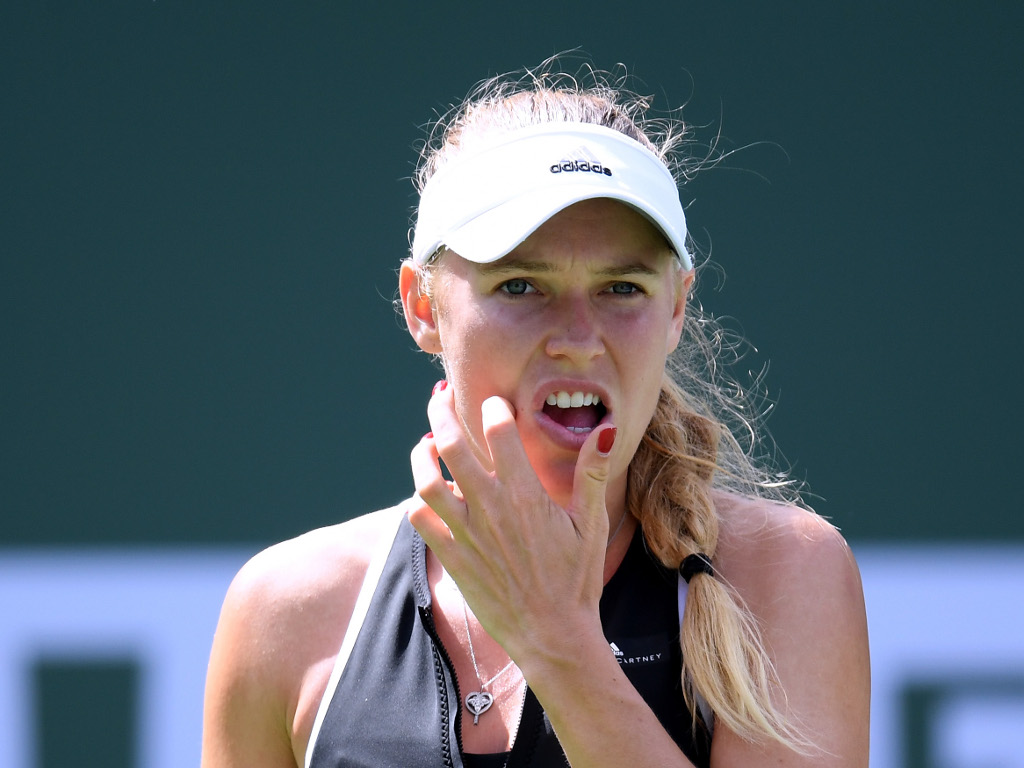 Daria Kasatkina claimed the scalp of Caroline Wozniacki at Indian Wells, but top seed Simona Halep had no problems booking her quarter-final place.

Russian Kasatkina had beaten US Open champion Sloane Stephens in the previous round and on Wednesday she also accounted for Australian Open champion Wozniacki’s exit.

Wozniacki was in control early as she went 3-0 up after breaking in the second game, but the 20-year-old hit back in the fifth game and the seventh game to take a one-set lead.

There were seven breaks of serve in the second set and it was the Russian who edged it to secure her place in the last eight.

Former champion Halep had no problems as she required just over an hour to beat Wang Qiang, winning 7-5, 6-1 to set up a match against Petra Martic after the Croat beat Marketa Vondrousova 6-3, 7-6 (7-4).

Fifth seed Karolina Pliskova is also safely into the next round after she defeated 16-year-old American Amanda Anisimova 6-1, 7-6 (7-2) to secure her quarter-final spot against Naomi Osaka.

Just a day after beating her sister Serena Williams, Venus didn’t have things all her own way against Anastasija Sevastova as she won 7-6 (10-8) 6-4 against the Latvian.

“It was not an easy match to figure out,” the American said. “She has everything in her game. And it was a quick comeback from yesterday, where you have the emotions of, ‘Hey, this feels like a final! But guess what, you’re only in the fourth round.’”