David Goffin: Rafael Nadal may be impossible to beat on clay 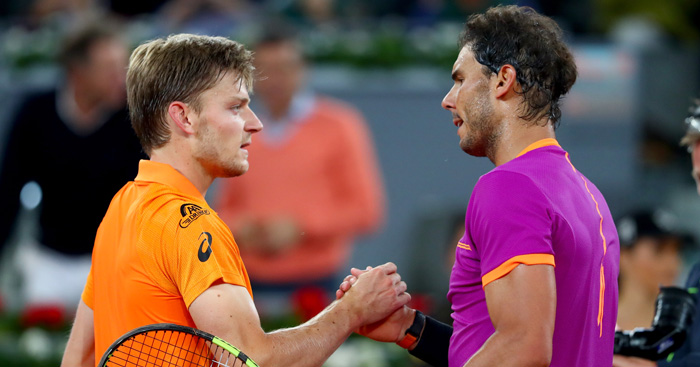 The Belgian was one of Nadal’s victims en-route to him winning his 11th Barcelona Open last week – a feat he managed without dropping a single set.

In fact, Nadal has won his last 46 sets on clay as he gears up for Roland Garros next month.

Goffin, the world number 10, has been describing what it’s like to face Nadal on his favoured surface.

“If you play at the same level as Rafa, he is the best, you have to do something different to be able to win, ” Goffin said.

“It almost seems impossible, he is very strong in all the ways. I have to fight him with my best weapons, my best tennis.

“I have to be faster, but it’s very difficult to beat him. On clay he feels very well, he returns back all the shots even if you have a good serve. Rafa doesn’t give you any point.”