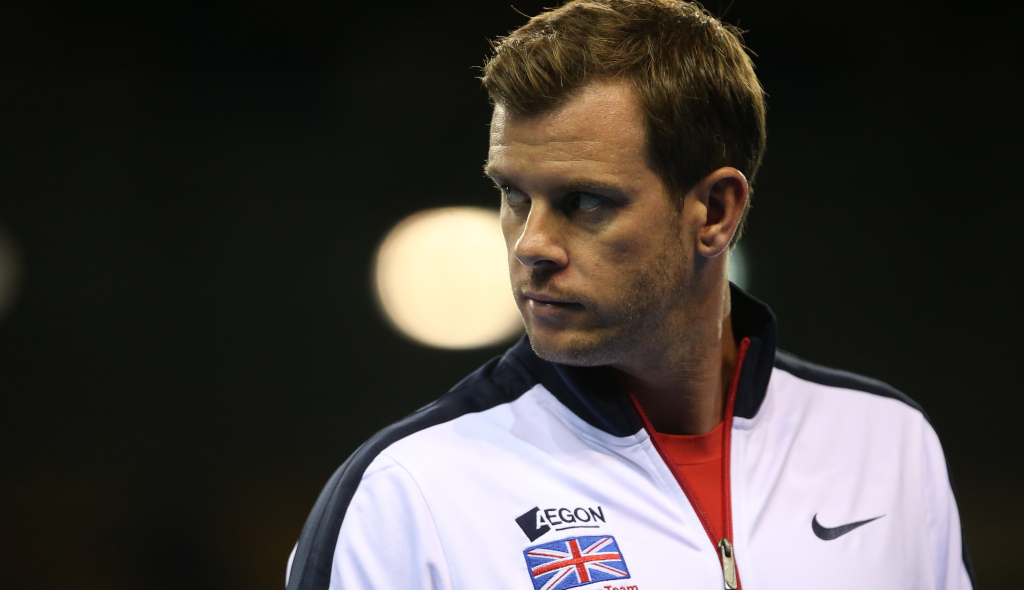 Great Britain’s Davis Cup campaign came to an end in the quarter-finals with defeat by Germany in Innsbruck, with captain Leon Smith admitting he was “gutted” after a tight defeat.

Smith’s side were looking for a repeat of their victory over the same opposition in the last eight two years ago and made the perfect start when Dan Evans thumped Peter Gojowczyk 6-2 6-1.

But Cameron Norrie suffered his first defeat of the week, going down 7-6 (6) 3-6 6-2 to Jan-Lennard Struff, and Kevin Krawietz and Tim Puetz won a tense deciding doubles rubber 7-6 (10) 7-6 (5) against Joe Salisbury and Neal Skupski.

Now Germany will travel to Madrid for the semi-finals on Saturday while Britain head home and must win a qualifying tie in early March to book their place in next year’s finals.

“Everyone is gutted, this is a tough day to swallow,” said captain Smith, who was also in charge as Andy Murray led Britain to David Cup glory in 2015.

“It could have gone either way, but it wasn’t to be today. They gave their best effort but sometimes that is not enough, and Germany deserves to go through.”

This tie was once again played behind closed doors but both teams provided vocal support, particularly during the doubles clash, which could scarcely have been tighter.

The quartet are all top-20 doubles players but neither pair normally plays together.

Salisbury and Skupski recovered from a shaky start against France on Saturday to claim the crucial victory over the Czech Republic in style and send Britain through to the last eight for the sixth time in seven editions.

Krawietz and Puetz were unbeaten having got the better of Novak Djokovic and Nikola Cacic in their group win over Serbia and they were marginally the better team in the opening set, forcing Skupski to save a set point at 5-6.

Salisbury and Skupski held a 6-4 lead in the tie-break but could not take any of their four set points and, with each point ratcheting up the tension, it was Germany who struck.

The second set followed a similar pattern but Britain looked set to force a decider when they led 5-0 in the tie-break only for Germany to win seven points in a row, sparking huge celebrations.

Germany captain Michael Kohlmann sprang a surprise by selecting Gojowczyk, who had not played a Davis Cup match since 2014 and was on a five-match losing streak, for their opening singles instead of Dominik Koepfer.

Having been expecting to face a left-hander, Evans instead found himself up against a right-hander, but Gojowczyk made a horribly nervous start and never recovered while his opponent got better and better.

Evans revealed afterwards he was unhappy with his morning warm-up but he rated his performance one of his best of the year.

The 31-year-old said: “I practised pretty poorly. I stayed out on the practice court a little longer. Just pressure, a pressure situation today. Got a bit angry. I think Leon hit the nail on the head, it’s sort of good to have a bit of an edge on days like today.

“It’s not his best match by any stretch, obviously, but I think I contributed a lot to that. I took on his second serve early. I made him hit the double faults. I’m not stupid. I know he hadn’t played Davis Cup for a little while and I used that to my advantage.”

Norrie has had an outstanding season and played the number one role with aplomb against France and the Czech Republic but, after turning his match against Struff around, he was outhit in the deciding set.

Norrie will rue the opener when, from 1-4 down, he clawed his way back and served for it at 6-5 before leading 6-4 in the tie-break.

He looked to have done to Struff what he has to so many opponents this season with his relentless hitting and attitude when he took the second but for once Norrie looked a little physically laboured and he lost the final five games.

The 26-year-old, who has climbed from 71 in the rankings to 12 in 2021, certainly deserves a holiday but it is only a month until the new season begins with a very similar competition in the ATP Cup, where he will again lead the British team.

Elsewhere, Croatia silenced a boisterous Turin crowd as they edged past Italy 2-1 to become the first team through to this year’s Davis Cup semi-finals.

World number ones Nikola Mektic and Mate Pavic clinched the decisive doubles rubber over Fabio Fognini and Simone Bolelli 6-3 6-4 in one hour and 19 minutes.

Jannik Sinner had hit back from the brink to beat Maric Cilic and force the decider after the veteran Croatian had served for the match – and the tie – in the second set.

Croatia, winners of the tournament in 2005 and 2018, will play either Serbia or Kazakhstan for the right to contest Sunday’s final in Madrid.