Day 159 and counting into ‘exhausted’ Ashleigh Barty’s ‘grand adventure’: Another title, next stop US Open 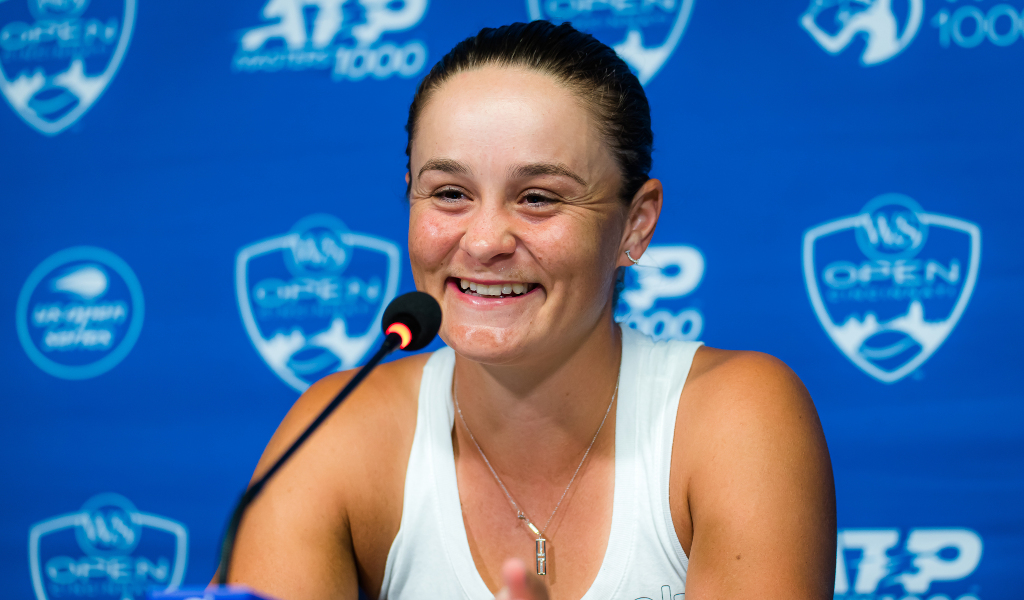 She is weary after spending five months on the road, but Ashleigh Barty is “extremely grateful” to still be able to play tennis and she hopes for more success at the upcoming US Open.

Barty and her coaching party left Australia in March and took the decision not to return home until after the 2021 WTA Tour season is complete.

Her “grand adventure” has seen her collect four trophies as she has won the Miami Open, Stuttgart Open, Wimbledon and the Western & Southern Open.

“It is the grand adventure,” Barty said of her road trip. “Once we left Australia, our mindset was this is going to be a year like no other and we’re going to have to find ways to not only enjoy it but entertain ourselves.

“There’ve been times where I’ve felt days have been long, everything’s dragged out.

“Fortunately, I have been busy playing a lot of matches, the best distraction possible to pass time.”

The latest trip to Cincinnati saw her beat Jill Teichman 6-3, 6-1 in the WTA 1000 final on Sunday to win her 13th career title.

The 24-year-old admits she is feeling drained, but then she always sees her glass as half full.

In an interview with WTA Insider, Barty said: “It’s Day 159, but no one’s counting, right?

“I can promise you I’m exhausted, but I’m also extremely grateful and appreciative that I still get to come out here and do what I love. I think this week, something that seems so simple but we know it’s not simple in the current world that we live in, is having crowds. One real energy booster for me this week was seeing all the young kids and seeing smiles on the kids’ faces when we were practicing.

“There was one kid on the very first day we practiced, he was sitting behind the court and he turns to his dad and says, ‘Oh, I love watching Ash play, it’s amazing how she hits a ball.’ And I was like, oh, that’s pretty cool. That’s cool to hear from a young kid who’s come to a tournament, who loves tennis, who has probably been craving this tournament for two years. And to be here and provide me with that energy was just awesome.

“Being able to really put an emphasis on the enjoyment factor this week, of going, you know what, we’re here for a good reason. We’re here doing what we love and that’s all that matters. Go out there and have fun. Remember that there are kids here that are having fun with you. That’s something that really does lift me up.”

Up next is the final Grand Slam of the year, the US Open, at Flushing Meadows and Barty will be looking to win a third major.

The world No 1 certainly has a lot of positives to take to New York, having won all her matches in straight sets in Cincinnati.

“I think we’re just excited that we’ve got matches under our belt in tough conditions here in Cincy, and that’s put us in really good stead going into New York,” she said.

The 25-year-old added: “Our practice weeks before Grand Slams are quite normal. There is nothing fancy, no extra emphasis on anything. It’s just gauged by how I’m feeling physically, how I’m feeling mentally, and we have had a lot of practice now as a team in being able to read each other and what we think is required, and then it’s about going out there for the first round, whether it’s the Monday or Tuesday, and try to do the best that I can. That’s all I can ask of myself.”