Denis Shapovalov promises to ‘go for it’ against Novak Djokovic 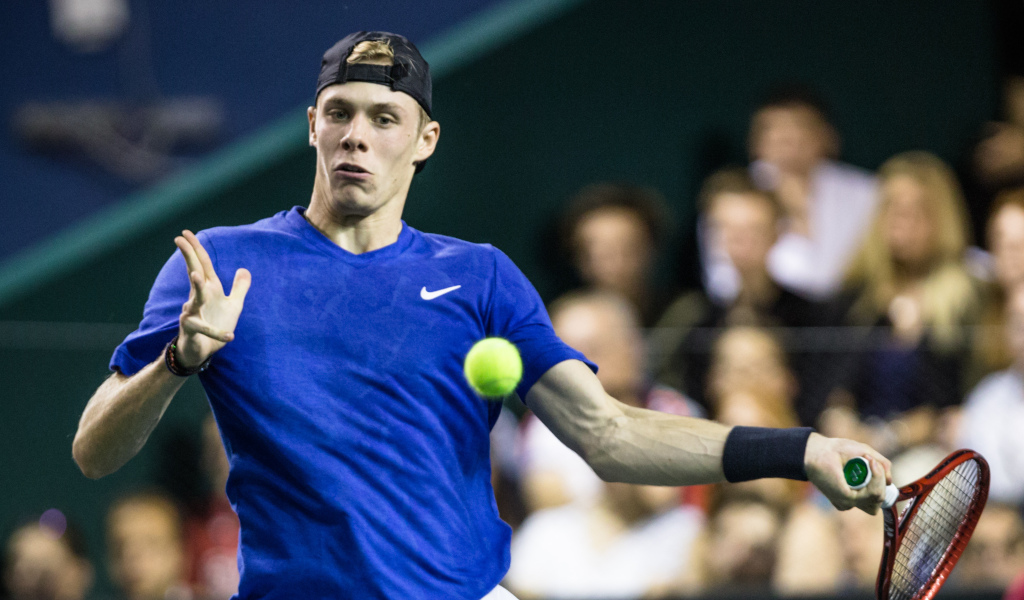 He is known to throw the kitchen sink during matches and Denis Shapovalov has vowed not to change that approach during the Paris Maters final against Novak Djokovic.

Shapovalov is enjoying a brilliant end to the 2019 season as he reached the semi-final in Chengdu, won the Stockholm Open and is now into his maiden ATP Masters 1000 final.

His first Masters final appearance came courtesy of Rafael Nadal’s withdrawal in the semi-final, but he can expect a tough tussle against world No 1 Djokovic.

However, don’t expect him to change his game plan against the Serb.

“I’m not one to cut down risk, so I’m going to go for it [against Novak]. It’s a match where I have nothing to lose,” he told ATPTour.com.

“It’s awesome to be in my first Masters 1000 final and it’s just a bonus for me. Honestly, I’m just going to go for it, see what I can do and just enjoy my time out there.”

He added: “I’m just enjoying myself in the last couple weeks of the year.”I feel like with that title in Stockholm, it gave me a sense of calmness, relief.

“And I’ve just been able to enjoy the last couple weeks of the season and, because of that, I feel like I’ve been able to play really well.”

While Djokovic feels the Canadian has improved by reducing his unforced errors, Shapovalov has highlighted another area where he has upped his game.

“[On my backhand return, coach Mikhail Youzhny and I] worked on blocking it a lot more to start the point and it’s a tricky shot for the opponents,” said Shapovalov.

“I feel like it was working for me in Chengdu in one of my matches, and then from then I just stayed with it. I feel like it’s a really big improvement in my game.”