Did you nab Serena Williams’ Wimbledon trophy after ‘getting a little too happy at her house party’? 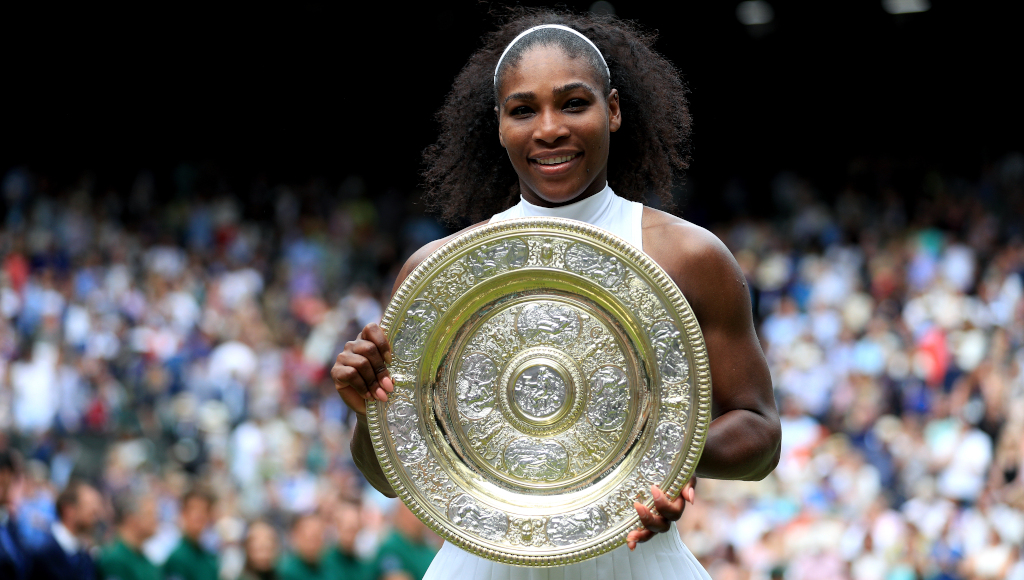 You don’t perhaps have a replica of a Wimbledon trophy stowed somewhere at your house? If you do, then it could be one of Serena Williams’ missing Grand Slam trophies.

The tennis great has 23 Grand Slam titles to her name, but she has admitted that “one or two or three” of the actual trophies have gone missing over the years.

However, she doesn’t quite know how or when they disappeared, but she has a suspicions.

“My coach has a few in France, there are several at my house,” she said on The Late Show With Stephen Colbert. “I think one or two or three are missing or have been taken.

“Honestly, I feel like I had a house party years ago and someone got a little too happy at it, and, like — I don’t know, but I always wonder, ‘Wait, is that where one of my Wimbledon trophies went?’ But fortunately enough I’m not attached. I’m not really attached to things.”

Of course, Williams has taken home seven Venus Rosewater Dishes, which are handed to the Wimbledon Ladies’ Singles champion, although it is not the real deal.

“It’s cool, nonetheless. It’s really cool. So you don’t get the real deal, you get a replica.”

The 39-year-old Williams won her maiden major in 1999 at the US Open and at least she knows exactly where that replica is.