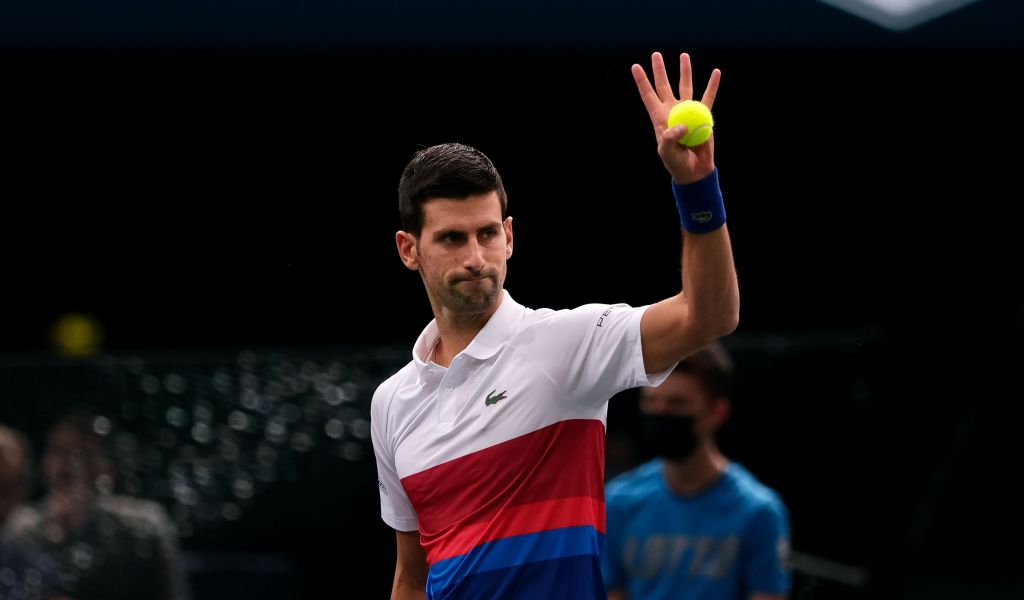 Novak Djokovic has opened up in one of his most revealing interviews, even though he refused to end the enduring debate over his participation in next month’s Australian Open.

Serbian legend Djokovic pulled out of the ATP Cup event that gets underway in Asustralia this weekend, amid reports in Serbia claiming he is seeking to get a medical exemption to play in teh first Grand Slam of 2022.

The world No.1 has repeatedly refused to confirm whether he is vaccinated against Covid-19, which is a requirement for all players arriving in Melbourne, but he was more forthcoming on other issues in an interview with French publication L’Equipe.

Djokovic praised two of his big rivals in Daniil Medvedev and Alexander Zverev, as he suggested they share his mindset to defy the odds.

Medvedev beat Djokovic in the US Open final in September, while Zverev defeated him in the Olympic Games and ATP Finals last season, but he has great respect for both.

“He is not politically correct but I am like that,” he said of Medvedev. “I can easily identify with that. The same for Zverev. He has the same approach.

“We can talk about a rebel’s mentality but not only that. We want to be authentic, stick to our values.

“When you make a mistake, I like it when you say: ‘I made a mistake’. If you want to criticise me, OK, it is your choice. I am not perfect but I am going to try to learn from all this.

“I don’t like it when people present themselves as perfect, on and off the court. That does not exist.

“That is why I appreciate Sasha and Daniil. And they are incredible tennis players. I would have hoped to have kicked their backsides a few times this year in Tokyo or in New York but we always ended up joking about it. I love it. It is the rivalry of the Next Gen: Zverev, Djokovic, Medvedev!”

Djokovic also moved to dispel a myth that his injury in last year’s Australian Open was not as bad as he suggested, as he gave an insight into his approach to an event he won earlier this year.

“Even today, some people don’t believe me when I say I had a muscle tear after my match against Fritz in the third round,” he added. “Only my team know what I had to go through every day. I never trained, not even a single time.

“I used every available hour to get better. On the massage table, on machines, taking high doses of painkillers.

“Everything I could do to be there, I did it to be in a position to play. To win this tournament was a miracle. Really. Against Raonic in the fourth round and Zverev in the quarter-finals, I hardly spent half an hour warming up – normally it is three hours – and every time I started to serve I looked at Goran (Ivanisevic, his coach) and I said to him: ‘This is not going to be possible’.

“In the end, I was able to overcome it and I have to admit it was better in the semis and the final. The pain was there but my body had adjusted.”