Djokovic: It feels so great to be back 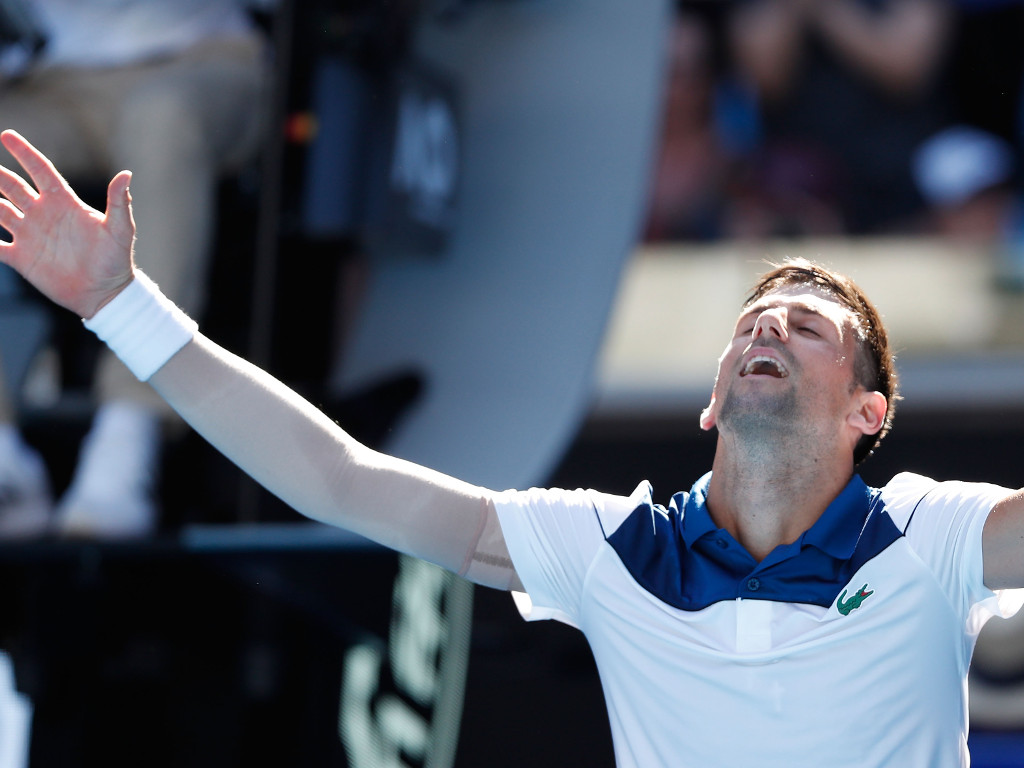 Novak Djokovic admits he didn’t know a month ago whether his reoccurring elbow injury would allow him to compete in the Australian Open.

Djokovic made a winning return to Margaret Court Arena on Tuesday as he came through an easier than expected first round match against Donald Young.

It was a good start to the tournament for the six-time champion, who admits a month ago he wasn’t sure whether he would step onto the court.

“It feels so great to be back on the tennis court, there is no better place for me to start playing after six months of injury, I love it here,’ said Djokovic.

“It has been a long period without tennis for me. I had a lot on my hands with my new baby.

“I was absent for one month maximum ever since I started so it was different. The injury was with me for a while and it escalated around Roland Garros and Wimbledon, but it allowed me to spend more time with my family.

“The first match after six months you don’t know how you are going to start. I came onto the court with the right emotion. I didn’t know a month ago if my elbow would allow me to compete.”