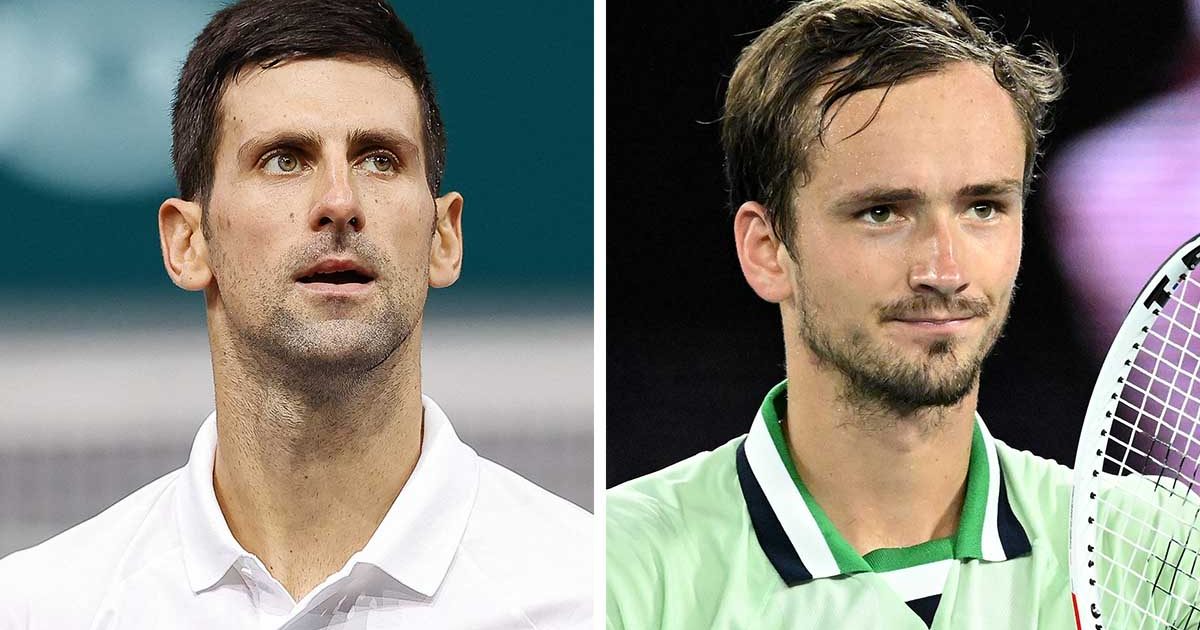 Daniil Medvedev knocked Novak Djokovic off the top of the ATP rankings earlier this month, but his reign as the world No 1 may not last long.

While Medvedev may be playing under a cloud amid the Ukraine crisis, he is also under pressure to perform in the Californian desert as he could lose the world No 1 ranking in double-quick time.

Even though Djokovic was blocked from playing at Indian Wells due to his refusal to take the Covid-19 vaccine, the Serbian could return to the top of the rankings if Medvedev fails to reach the quarter-finals of the event.

Alternatively, Medvedev could extend his lead at the top of the world rankings if he enjoys a lengthy run at Indian Wells and he could be almost 1000 points ahead of the absent Djokovic if he wins the tournament.

Germany’s Alexander Zverev could also get into the mix to be crowned as world No 1 if he wins at Indian Wells and has a good run in the Miami Open later this month.

Then comes the wildcard in this discussion, with Rafael Nadal closing in on a return to the top of the world rankings after his remarkable start to 2022.

Nadal admitted he wasn’t sure whether he would be fit to compete at the Australian Open in January as he pushed to recover from a foot injury, but he bounced back in stunning fashion by lifting the title in Melbourne in what was one of the great stories in recent tennis history.

The Spaniard then backed that up with a win at the ATP 500 event in Mexico, backing up the title he won in Melbourne ahead of the Australian Open in January.

Nadal would move to within 1000 points of Djokovic in the rankings if he wins the Indian Wells crown, but his decision to pull out of the Miami Open later this month means he will have to wait a little longer to push for a return to the No 1 position.

Once these two hard court events are finished, Nadal will move onto his favoured clay court, but he also has a lot to defend from April and May of last year, when he won titles at Barcelona and in Rome, before reaching the semi-finals of the French Open.

Djokovic is expected to return to action at the Monte Carlo Masters in April and will have his eye on regaining the world No 1 spot, with the battle to be hailed as the best player in men’s tennis set to be a fascinating sideshow over the course of 2022.