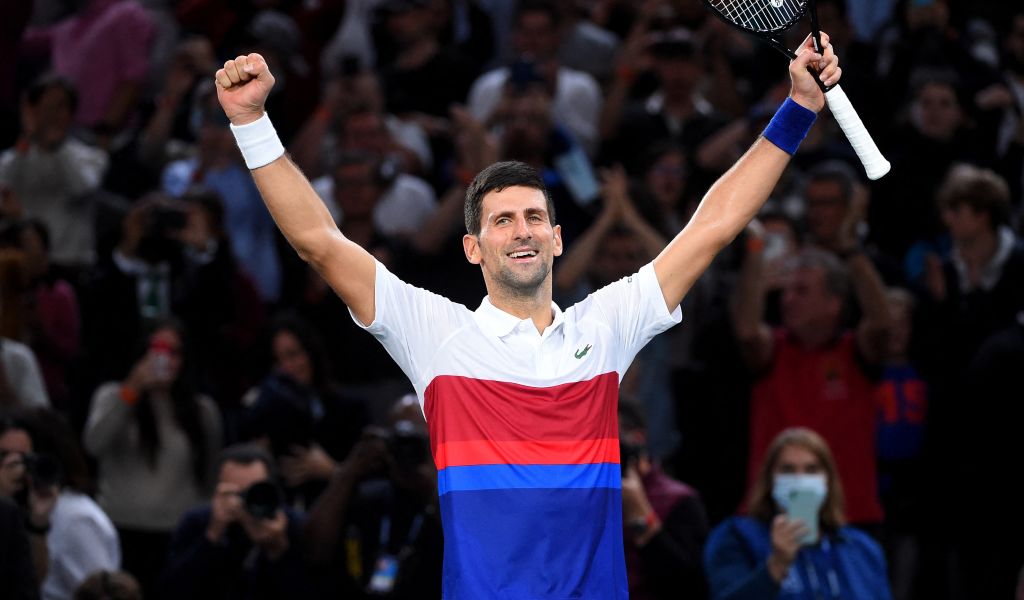 It was a showdown that lived up to its billing and more and in the end, a familiar conclusion was drawn – Novak Djokvoic is still the best player in the world.

The world No.1 gained a measure of revenge for the crushing of his Grand Slam dreams by defeating Daniil Medvedev to win the Rolex Paris Masters and even though he had to fight every inch of the way in the French capital, he found a way to break down the rival who ended his dreams of a calendar Grand Slam in the US Open final in September.

A day after ensuring he would end a season on top of the rankings for a record seventh time, the Serbian set another new mark with a 37th Masters title after a 4-6 6-3 6-3. over Medvedev, pulling him clear of Rafael Nadal.

Djokovic had appeared understandably a little rusty this week, needing a deciding tie-break to overcome Hubert Hurkacz in the semi-finals, and Medvedev maintained his form from his thrashing of Alexander Zverev on Saturday in the first set.

But Djokovic moved ahead early in the second, cutting out the drop shots and utilising his net skills, before opening up a 5-2 lead in the decider.

He was unable to serve out the victory at the first time of asking but broke Medvedev’s serve for a third straight game to clinch the title before celebrating with his children, Stefan and Tara, in the stands.

Speaking on court, Djokovic said: “Today was a very special day because I had my family with me. It’s the first time both of my children are together courtside to watch one of my matches. That is a beautiful feeling.”

The 34-year-old will now turn his attention to the Nitto ATP Finals, where he can equal Roger Federer’s record of six titles, and the Davis Cup.

He insisted he has fully moved on from his New York disappointment, saying: “I already closed that chapter, to be honest. I’m not regretting it, really. I’m not spending days suffering because I didn’t take the calendar slam this year.

“I’m very relieved that the grand slam season was done because I felt a tremendous pressure unlike anything I felt in my life. It was an interesting experience, and I’m very satisfied with the way I played in the grand slams.

“I moved on from that and focused on the Masters events, and here in Bercy, and I did what I came here to do, which is clinch the year-end number one and win the trophy.”

At the Stockholm Open, 18-year-old Leo Borg, son of Bjorn, made his ATP Tour debut as a wild card despite being ranked outside the world’s top 2,000, putting up a good fight in a 6-4 6-2 loss to American Tommy Paul.