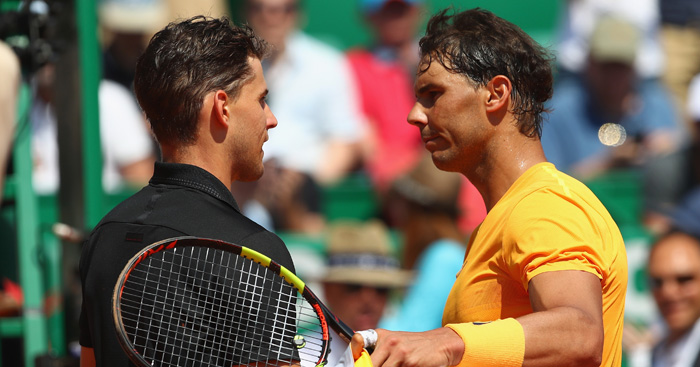 Dominic Thiem has set his sights on winning at Roland Garros this year, but admits Rafael Nadal’s dominance is frustrating him.

The Austrian is widely regarded as the second best plaeyer on clay in the world behind Nadal, who comfortably beat him in the final of the Monte Carlo Masters last week.

Thiem is hoping to get another crack at Nadal in Barcelona, but admits the French Open is the one he wants.

“I’m a better player now than I was a year ago because I’ve improved everything,” said Thiem. “I do not always show it, but I’m training very hard.

“My best chances of winning a Grand Slam are in Paris, but Rafa is still there and that’s even more difficult, but I’m trying.

“Wimbledon is not my best tournament and I do not consider winning there in the near future.

“In the Open USA, anything can happen. I have two semifinals at Roland Garros as the best result in the Grand Slams.

“I have not played any final yet, but I hope to have that experience.”