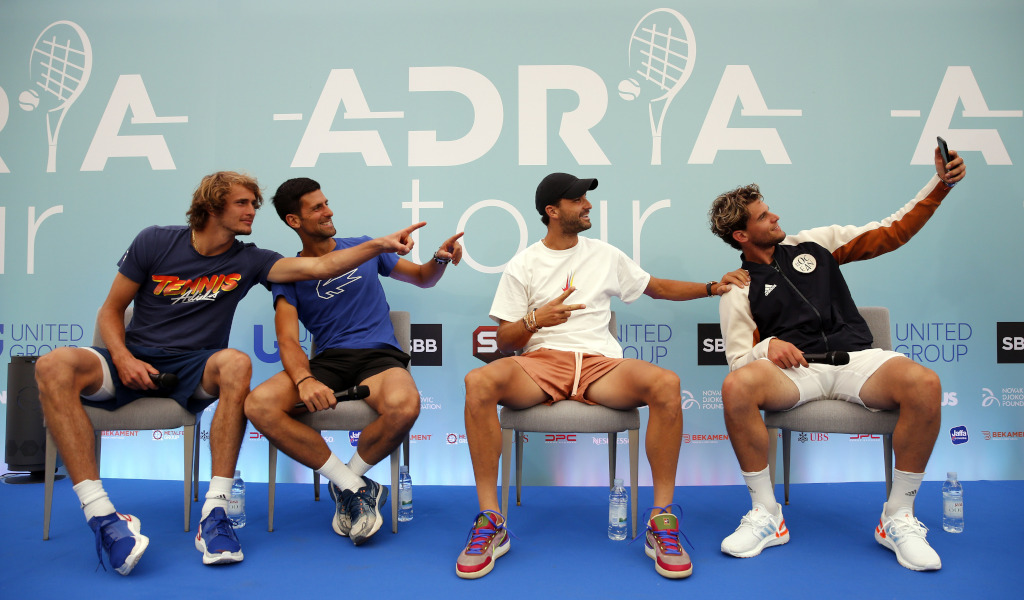 The fallout from the Adria Tour continues with Dominic Thiem insisting the criticism aimed at Novak Djokovic and Alexander Zverev is harsh while he also called out Nick Kyrgios.

The exhibition tournament, the brainchild of world No 1 Djokovic, was cancelled midway through after the Serb, Grigor Dimitrov, Borna Coric and Viktor Troicki as well as several non-playing staff tested positive for the coronavirus.

Serbia’s government took some responsibility for the debacle as the country didn’t have stringent social distancing regulations in place due to low Covid-19 numbers.

Zverev and Thiem also took part in the tournament, but they tested negative and a few days after promising to self-isolate, Zverev was caught on camera partying.

The German and Djokovic have copped plenty of flak with Kyrgios quite outspoken during and after the controversial Adria Tour.

Thiem, though, has hit back at the Australian, telling Tiroler Tageszeitung newspaper: “Kyrgios himself has spoken a lot of nonsense. I don’t understand why do you have to get into everything.

“It would be nice if the first thing he did was accept his mistakes rather than criticising the rest.”

The Austrian also defended Djokovic against those who are taking cheap “shots”.

“Djokovic has not committed a crime. We can all be wrong, but I do not understand part of the criticism,” he said.

“I have been to Nice and I have also seen photos of other cities; they are nothing different than what was happening in Belgrade during the tournament. It is very cheap to ‘shoot’ at Djokovic now.”

As for Zverev getting caught on film partying while he was supposed to self-isolate, the world No 3 believes it was “bad luck”.

“He should have done the same as me. He also tested negative, but his only mistake is that he first wrote that statement and then had the bad luck to have it recorded during a party,” he said.

“I don’t like the way people are criticising him. He is being treated like a boy going to school, but he is a 23-year-old man. Yes, it is clear that he made a mistake, but I do not understand why everyone is getting involved in what has happened.”