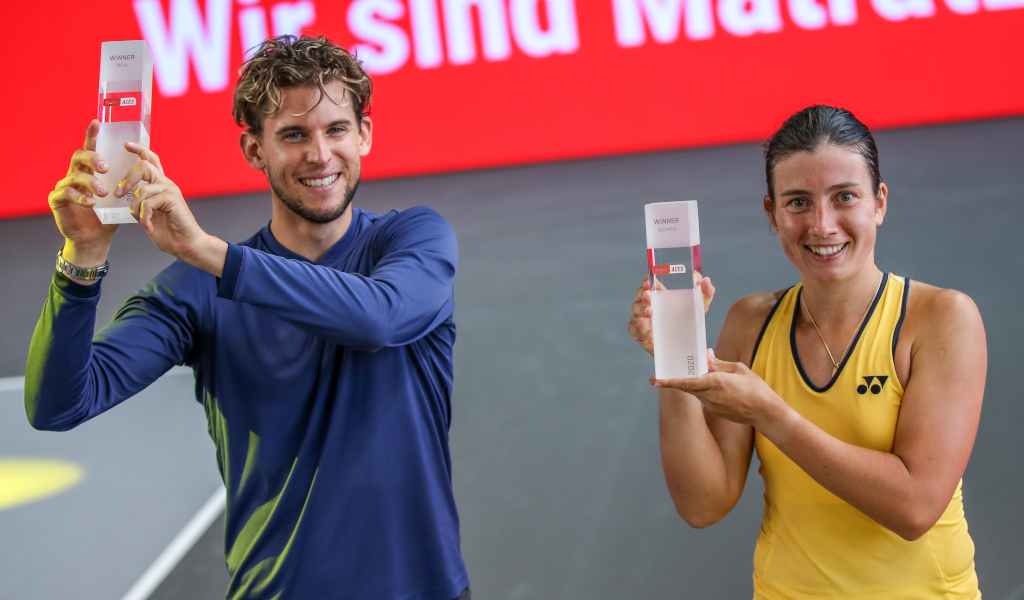 World No 3 Thiem was too good for rising star Sinner as he brushed aside the 18-year-old with a 6-4, 6-2 victory in just over an hour at Tempelhof Airport.

The Austrian broke in game seven of the first set and in games three and six of the second set.

“It was probably my best match during the coronavirus break,” Thiem said during the post-match interview.

“I was feeling every ball, so I’m super happy and it was probably the best I’ve played in the last four months.

World No 43 Sevastova, who saw off Kiki Bertens and Elina Svitolina earlier in the tournament, had to dig deep to beat two-time Wimbledon winner Kvitova 3-6, 6-3, 10-5 in one hour and 11 minutes in the women’s final.

“It was always tough. Against Petra, she’s such a great player – you don’t get any rhythm and she plays so fast. I just tried to stay there and wait for my chances,” Sevastova said.

“I started to serve better in the second set. I had my chances and I knew that I had to take them at 4-3. It was just a couple of points that decided the match.”