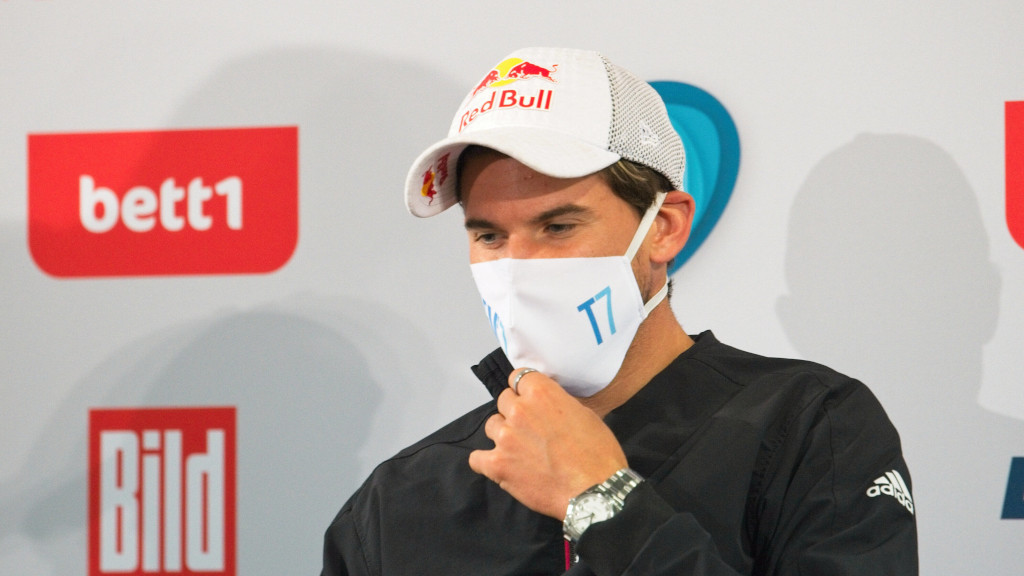 The Adria Tour blows continue with Dominic Thiem again hitting back at Nick Kyrgios over his constant criticism, saying the Australian’s comments “are very unnecessary”.

The ill-fated exhibition tournament, the brainchild of world No 1 Novak Djokovic, was cancelled midway through after Djokovic, Grigor Dimitrov, Borna Coric and Viktor Troicki as well as several non-playing staff members tested positive for Covid-19.

The positive results came after players and spectators failed to adhere to any social distance regulations, which were not enforced by the Serbia government at the time.

Kyrgios was critical of the tournament and players’ behaviour throughout and said it was a “boneheaded decision” to host the event while he also slammed Alexander Zverev, who tested negative for the coronavirus, for attending a party while he was meant to self-isolate.

Thiem, though, defended the players who took part before Kyrgios hit back by saying “I’m trying to hold them accountable”.

And now the Austrian has again backed the players before taking another swipe at Kyrgios.

“Nobody broke any laws, but we still lost a bit of the connection to reality there,” the world No 3 said at a press conference. “We simply saw all the euphoria from the children, the fans and that tempted us to no longer adhere to these distance rules.

“That was a huge mistake in retrospect.”

He said that he hoped that everyone had learned from the mistakes before adding that “certain comments, especially from Australia, are very unnecessary”.