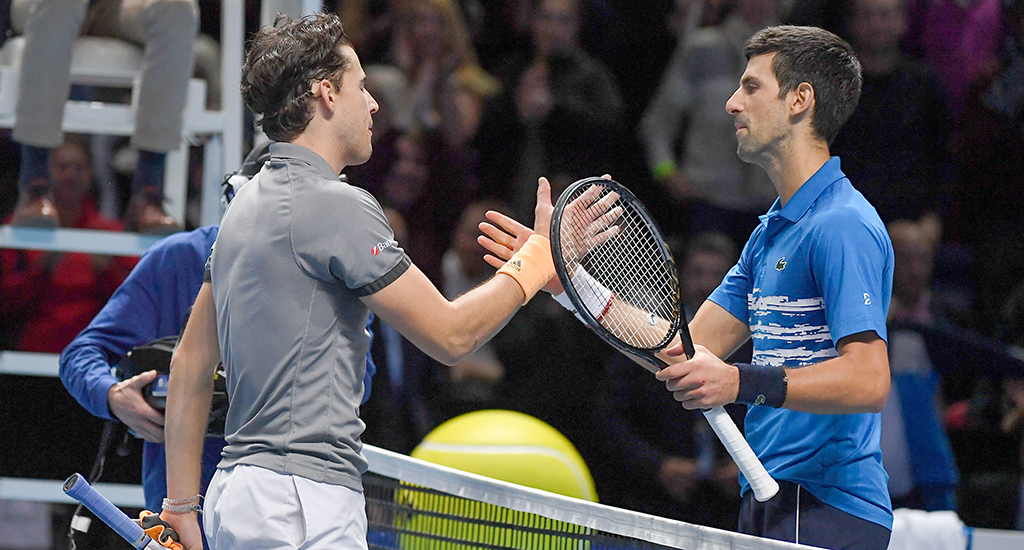 Dominic Thiem says he is not daunted by the prospect of facing Novak Djokovic in Australia, although admits the Serb is the favourite.

Thiem saw off Alexander Zverev on Friday to get a shot at winning his first Grand Slam title, but to win it he’ll have to go through a supremely in-form Djokovic.

“He always plays his best tennis in Australia since many, many years. So I’m expecting that as well in the finals.

“For sure he’s the favourite. I mean, he won seven titles here, never lost a final, going for his eighth one. ”

Thiem has reached two Grand Slam finals before – the last two years at Roland Garros – but had the unenviable task of beating Rafael Nadal in his favourite playground.

So is he ruing his luck having to play Djokovic in Australia next?

“We are playing in tough times, we young players,” Thiem said. “We always have to beat all these unbelievable legends. But I think it’s a complete different situation.

“But I try to take my experience what I made in the last two major finals and try to improve myself even more.

“I think I did that from ’18 to ’19 in Paris, and I tried to improve even more now. In this one I have the feeling that I have great experience now.

“I’m feeling that I can really keep up my level for all the two weeks, which was not the case maybe in my first Roland Garros final. So that’s what I’m taking.”