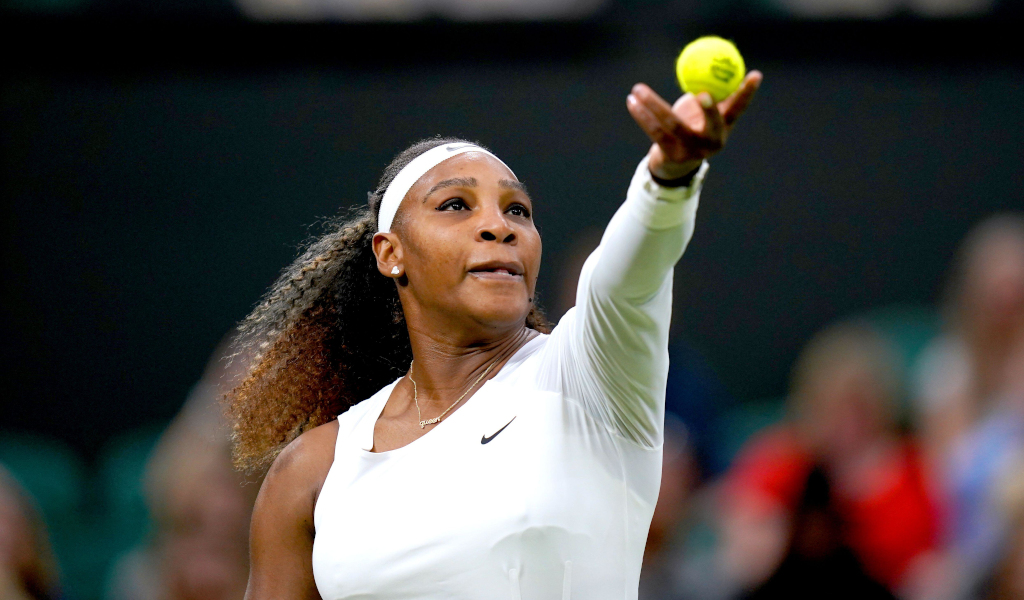 The final Wimbledon warm-up event on English soil, the Rothesay International Eastbourne, takes place at Devonshire Park Lawn Tennis Club this week with Serena Williams set to make her return to action in the doubles.

Eastbourne is hosting a WTA 500 event and an ATP 250 tournament and there will be some big names in action in the women’s singles and doubles draw on Tuesday.

Top seed Paula Badosa kicks off her campaign against Great Britain’s Jodie Burrage on Court 1 and it will start roughly 15:30 BST while third seed Maria Sakkara faces Analina Kalinina at 14:30 on Court 2.

8⃣ Brits in action
And the return of @serenawilliams

Defending champion and eighth seed Jelena Ostapenko takes on Alja Tomljanovic at 14:00 on Centre Court, but that match on the main court will be preceded by fourth Karolina Pliskova and Katie Boulter with the match not starting before 12:30.

The other British player in action, Harriet Dart, faces 10th seed Jil Teichman at about 16:00 on Court 2.

All eyes, though, will be on the women’s doubles as Serena Williams will team up with Ons Jabeur and the duo will face Sara Sorribes Tormo and Marie Bouzkova in the final match of the day on Centre Court with play expected to start 18:30.

How to watch the WTA Rothesay International Eastbourne

Global streaming services Amazon Prime will bring the action to your smart TV/laptop/smart phone and new members can sign up for just £7.99 a month, and are eligible for a free 30-day trial.

Outside the UK, Tennis Channel will broadcast matches in the United States, Germany, Austria, Switzerland and the Netherlands while TSN is the go-to channel in Canada.

beIN SPORTS will cover Australia and France, Canal+ is in Poland and DAZN will air matches in Spain, Canada and Japan.

Eighth seed Holger Rune will be the highest-ranked player in action on Tuesday and he takes on Great Britain’s Ryan Peniston at 11:00 on Centre Court.

Dan Evans is the other British player in action on the ATP singles side and he faces Adrian Mannarino at 15:30 on Centre Court.

In the doubles, top seeds Mate Pavic and Nicola Mektic from Croatia are up against British pair Ken Skupski and Jonny O’Mara at 14:30 on Court 4. That match will be preceded by third seed John Peers and Filip Polasek’s clash against Bruno Soares and Great Britain’s Jamie Murray at 13:30.

How to watch the ATP Rothesay International Eastbourne

Amazon Prime Video will broadcast matches in the United Kingdom and Ireland while Eurosport covers Czech Republic, Slovakia, Romania, Hungary, France and Scandinavia (with the exception of Denmark which will be covered by TV2).

Viewers in the United States can catch the action on Tennis Channel and worldwide subscription service Tennis TV covers all ATP Tour events.