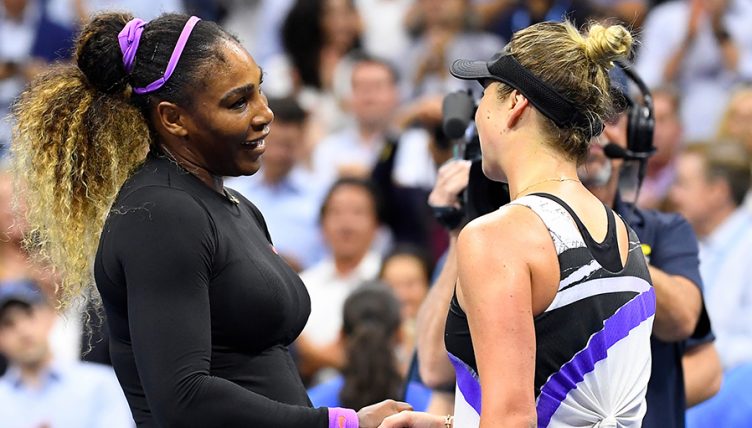 Elina Svitolina says that she cannot be too hard on her after her US Open semi-final defeat to Serena Williams – because she was playing ‘the best tennis player in the world.’

Williams absolutely dismantled Svitolina, with the Ukrainian able to take just four games of the 16 they played on Arthur Ashe.

Rather than feeling sorry for herself, though, Svitolina was simply in awe of what was on the other side of the court.

“You are playing in front of the best tennis player in the world,” she said of Williams following the 6-3, 6-1 defeat.

“If you don’t take it, she just grabs it and there’s no chance to take it back.

“I think she knows what she has to do. She has unbelievable strength. She gives lots of power.

“There’s lots of power behind her shots all the time. That’s what makes her an unbelievable, legendary tennis player.

The defeat brings an end to Svitolina’s US Open dreams for another year, but she is confident she can use it as a springboard for success in the future.

“The last two slams been good for me. I’m very happy the way I could handle the tough moments.

“Unfortunately both times finished really one-sided, which I have to analyze.

“I have to sit down with my coach, I have to work a lot mentally on how I have to handle those kind of matches.”