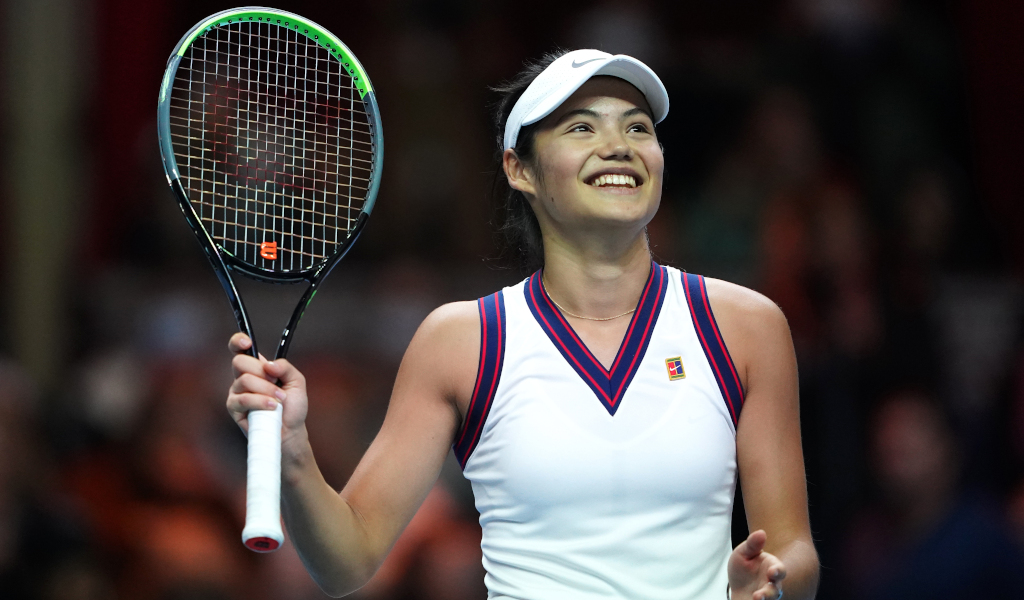 Former British player Annabel Croft has predicted that a rising star Emma Raducanu will be a player to watch on the WTA Tour in 2022.

Raducanu made history this year after beating fellow teenager Leylah Fernandez from Canada in the US Open final at Flushing Meadows.

She became Britain’s first female Grand Slam champion since 1977 – and the first qualifier, male or female, to win a Grand Slam title.

Television and radio presenter Croft believes there’s more to come in Raducanu’s career, especially after she appointed the experienced Torben Beltz as her coach earlier in November.

The move to add German Beltz to her team comes after she parted ways with Andrew Richardson shortly after she won the US Open.

“How long will they stick together? There’s a feeling that none of these coaches are going to be given long-term contracts so we’ll see how long it goes but I think she’s chosen somebody who is very experienced which is what she wanted.

“I think everything will be ok next year. We mustn’t panic about her, she’s still so young and she is coping unbelievably with so much changes in her life.”

The reigning US Open champion Raducanu is considered a baseline player, known for her powerful, flat groundstrokes and aggressive return of serve.

Croft says although the stakes are high for Raducanu, the teenager is someone who can perform well under pressure.

“I think her ranking will continue to rise. I can’t see it going in reverse. I think they’ll obviously be enormous pressure building towards Wimbledon and then towards the US Open,” she said.

“I think she’s going back to the beginning and doing it in reverse and doing her apprenticeship now.

“It’s an extraordinary situation and most players she’s playing up against are maybe three or 10 years [more] experience compared to her and she’s going to have to go through all those matches and learn about those situations which will take time.

“She’s not going to win every single match.”

Croft, who retired from professional tennis at the age of only twenty-one, tired of the relentless travel and feeling she no longer enjoyed playing, thinks the 19-year-old will make a big name for herself.

“Every single match she plays there will be hype and attention and she’ll always be on centre courts, won’t be playing on the back courts, which most players are always playing on before they get through to the semis and final,” Croft concluded.

“She’s going to be centre court every single match which in itself will give her a lot more motivation but she’s always going to have a target on her back.”