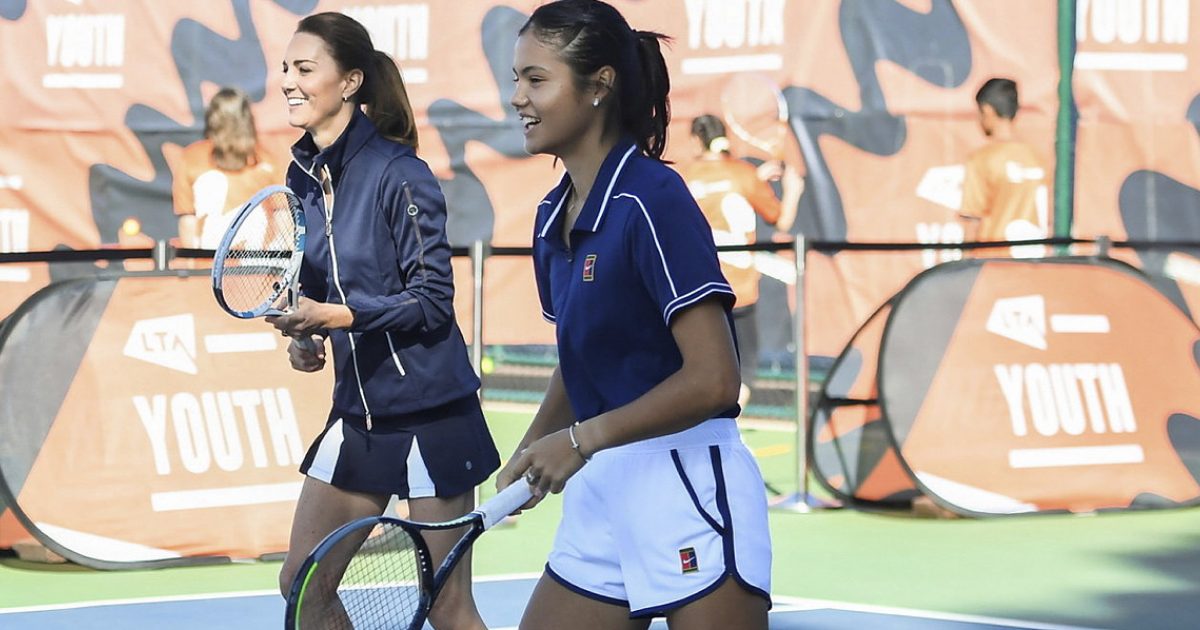 Emma Raducanu is preparing to make big changes to the team she will be working with after confirming she is looking to appoint a new coach.

The US Open champion worked with Nigel Sears at Wimbledon this summer, before travelling with Andrew Richardson as her coach for her historic run to victory in New York.

Richardson previously coached the 18-year-old at Bromley Tennis Centre and was chosen to accompany Raducanu on her US trip because of their familiarity with one another, but now she is looking for a high profile coach to take her career to the next level.

Speaking after a homecoming event held by the Lawn Tennis Association at the National Tennis Centre where he played on court with the Duchess of Cambridge, the teenager said: “Where I was at after Wimbledon, I was ranked around 200 in the world and at the time I thought Andrew would be a great coach to trial so we went to the States but never did I even dream of winning the US Open and having the run I did and now I’m ranked 22 in the world, which is pretty crazy to me.

“I feel like at this stage in my career, and playing the top players in the world, I realised I really need someone right now that has had that WTA Tour experience at the high levels, which means that I’m looking for someone who has been at that level and knows what it takes.

“And, especially right now because I’m so new to it, I really need someone to guide me who’s already been through that.”

Raducanu added that she does not yet have anyone in mind – although she is likely to have noted the news that renowned coach Darren Cahill is now a free agent after his split from Simona Halep with interest – and she does not expect to make any decision until the end of the season.

A willingness to work with a number of different coaches has already been a notable feature of Raducanu’s fledgling career and she has shown no hesitation in ending a partnership if she feels that is the right move, quickly parting from Sears after Wimbledon.

On splitting from Richardson, she said: “Obviously having such an experience with your team, it’s tough to have that conversation with anyone, but I think for me it’s just really what I need.”

Raducanu is now back in training and is mulling over where to return to the tour, with the BNP Paribas Open in Indian Wells – one of the biggest events on the WTA Tour – due to begin on October 6.

She said: “I’ll decide in the next few days where I’m going to go to but, wherever I play next, I’m going to make sure I’m ready. I don’t want to jump into things too early.”

Raducanu’s New York success means she has a chance of qualifying for the end-of-season WTA Finals in Guadalajara, which features the top eight players of the year.

She said: “WTA Finals I would never even have dreamed of before because it was just so far out of reach. Coming reasonably close to it now it would be great if I qualified but, if not, it’s a complete bonus because I’m just way more focused on trying to get myself and my body ready for where I compete next.

“My priority is putting in the best possible pre-season that I can so I can start strong next year.”