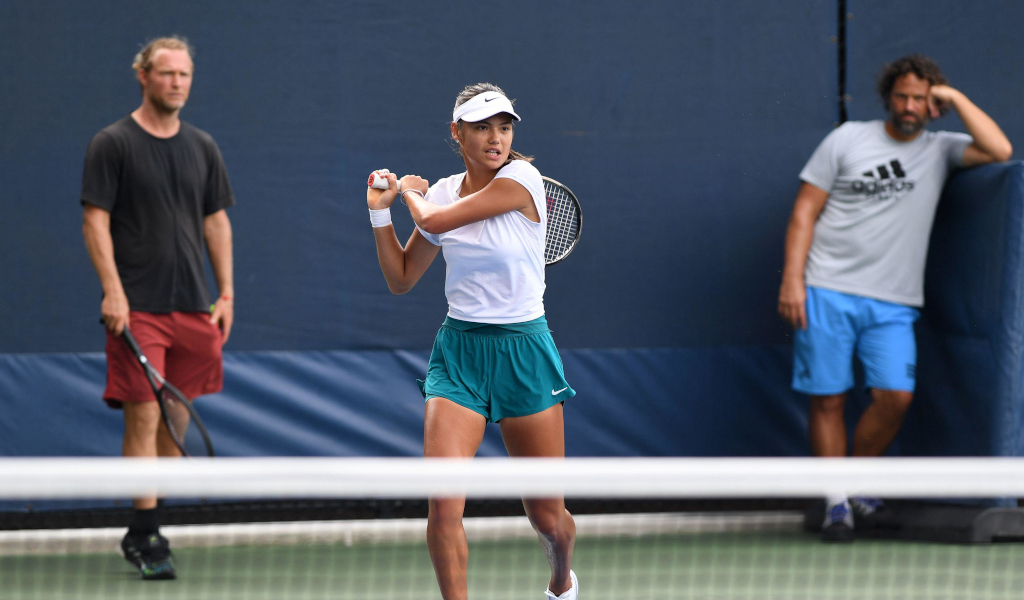 Emma Raducanu has been encouraged to stop chopping and changing coaches with tennis great Martina Navratilova saying she should appoint Dmitry Tursunov as her full-time mentor.

After several coaching changes the past year, Raducanu employed Tursunov on an interim basis and it was initially only expected to be for a couple of weeks, but they will now continue to work together at the US Open.

The move comes on the back of a turnaround in fortunes for the teenager as brushed aside Grand Slam champions and former world No 1s Serena Williams and Victoria Azarenka in the opening rounds of the Canadian Open earlier in August.

Many attributed the good results to her partnership with Tursunov and 18-time singles major winner Navratilova is of a similar opinion.

“This is a good coaching situation for her. I hope she sticks with it,” she told WTA Tour.

“If I had that many coaches in a year, I would be struggling, too. Too many points of view, too many philosophies – too much information. When you get information from one coach you can kind of sift through that, figure it out. But when you’re getting it from so many different people, how are you supposed to process all that?”

Too many philosophies – too much information – for Emma Raducanu?

Tursunov is the fourth coach that Raducanu has worked with since she made her WTA Tour debut in Nottingham last year with Nigel Sears in her player box when she reached the fourth round at Wimbledon.

She worked with Andrew Richardson when she went on a magical run at the US Open last year to become the first qualifier to win a Grand Slam, but that partnership was always going to be short-term.

After interim periods with Lawn Tennis Association’s head of women’s coaching Iain Bates – who was also part of her team at the US Open – as well as former British No 1 Jeremy Bates at Indian Wells last year, she linked up with Torben Beltz in November, but they parted ways in April.

Raducanu, though, has struggled on the WTA Tour this year as she is yet to win three matches in a row, but Navratilova wouldn’t put it past her to win the US Open again.

“The winner will be whoever gets hot. Could be Emma Raducanu again. I wouldn’t put it past her,” she said about her prediction for the title winner.

The American added: “This time, I don’t think we’ll have a surprise winner, but maybe another first-time [major] winner. Like Madison Keys, who made the semi-finals in Cincinnati. It’s the best she’s played since the start of the season.

“Could be Coco Gauff, the way she’s playing, too.”