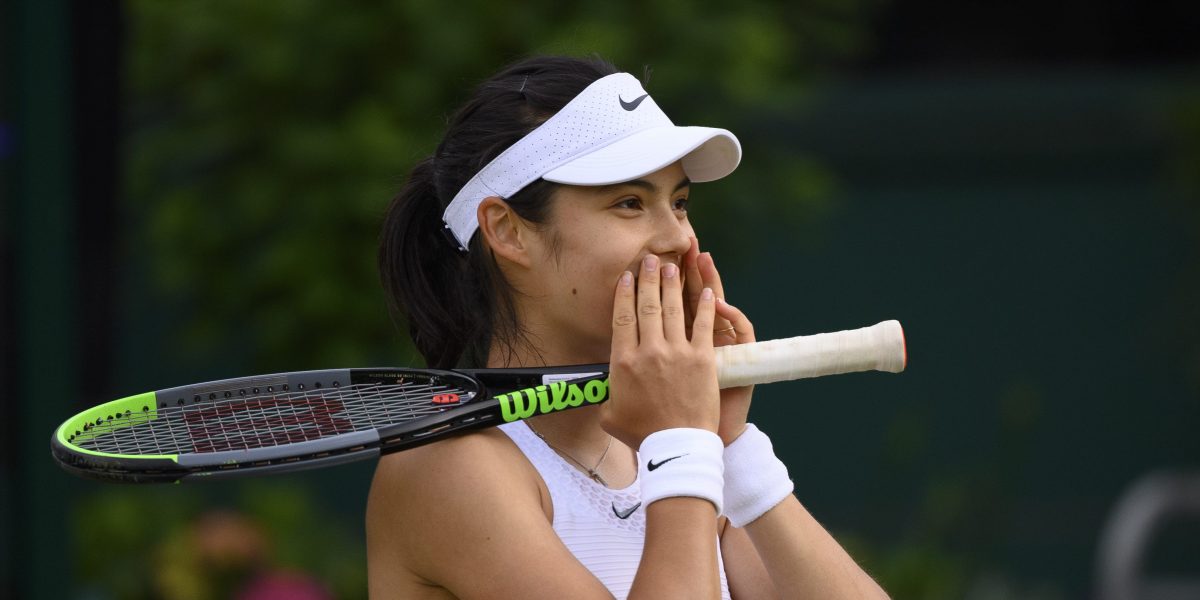 Emma Raducanu is not ready for her Wimbledon fairytale to end as she made history by reaching the fourth round.

The 18-year-old became the youngest British woman to make it to the second week at SW19 in the open era with a stunning 6-3, 7-5 win over world No 45 Sorana Cirstea.

It is a miraculous achievement from Raducanu, who is ranked 338 in the world and was handed a wild card, given she only played her first ever WTA Tour match last month and put her tennis career on hold during the coronavirus pandemic in order to concentrate on her A-Levels.

She now meets world No 75 Ajla Tomljanovic in the fourth round on Monday in what is certain to be a Centre Court outing and she does not want her journey to finish just yet.

The moment @EmmaRaducanu became the youngest British woman to reach the fourth round at #Wimbledon in the Open era 👏 🇬🇧 pic.twitter.com/SUxODx6VIo

“And the way that I’m approaching my matches is each time I’m thinking to myself, ‘Why not?’. Like today, I was like, ‘Someone has to be in the second week, why not me?’. I think that’s how I’m approaching it.

“I’m just trying to stay here as long as possible. As I said, I’m just having such a blast. Everything is so well taken care of that it’s such a pleasure to be here.

“My emotions were I just couldn’t put them into words really. I was so overwhelmed.

“The last point, I kind of just dropped my racquet and fell to the floor. It was just also instinctive and in the moment. I had no idea what just happened.

“Right now I’m on such a buzz and such a high.”

The prospect of an outing on Court One on the middle Saturday of her debut Wimbledon was unthinkable at the start of the week, but Raducanu looked like she belonged on the biggest stage, with a fine display.

And Raducanu enjoyed every moment of her first main show court outing.

She said: “I thought if I’m not going to enjoy Court One at Wimbledon, home crowd, like what are you going to enjoy? This is the cherry at the top of tennis.

“I was just so excited. When I heard the crowd just roar for the first time, I was like, ‘Wow, they’re so behind me’. I was just feeding off of their energy.

“I’m just so excited I get to play in front of them again. I think yesterday I came out here and I sat courtside for about five minutes.

“They let me get a feel for the court, which I think was very valuable because when I went out there today, I sort of knew what to expect a little bit.”

While she is having the time of her life at Wimbledon, Raducanu has a nervous spell away from tennis as she waits for her exam results later this summer.

She comes from a good educational stock, attending the same Newstead Wood school as Team GB athlete Dina Asher-Smith, though the pair were never there at the same time.

“I don’t know her because she left the year that I joined,” Raducanu added. “My school, they’ve been so incredible and supportive. Whenever I wanted to go and travel or compete, even a training block somewhere, they’ve let me go.

“They also support me when I’m away with sending me work. The teachers have always cut me a lot of slack, I would say, when I come back. I get delays for tests and stuff.

“I’m really, really grateful for all of their support in the seven years I’ve had at Newstead.

“I have actually received a few emails from my school teachers. My maths teacher emailed me today congratulating me. It’s just been great to receive messages from my school-mates as well. They have been texting me.

“I can’t wait to see them once I’m done here really.”