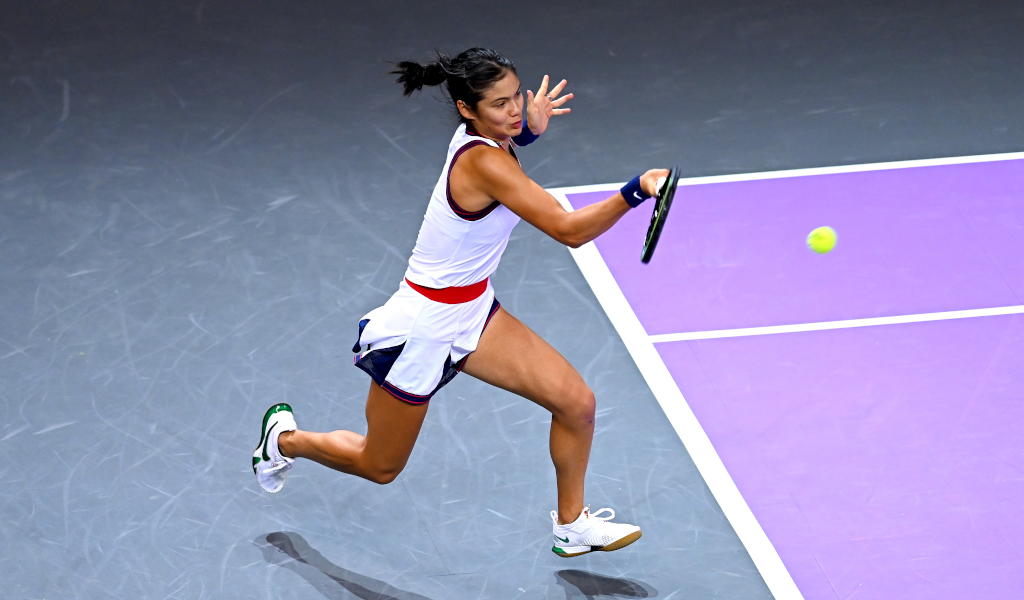 Emma Raducanu has arrived in Austria ahead of her final event of 2021 and she will be hoping to finish her breakthrough year on a high after revealed she has been suffering from an illness.

Raducanu won her first two WTA Tour matches in Romania before a heavy loss to Marta Kostyuk in the quarter-finals, in a performance that was well below the form she showed in her US Open win.

Yet the teenager cited fatigue as a factor in the result, which she revealed turned into illness, preventing her visiting her Romanian grandmother in Bucharest after the tournament, as she had planned.

Raducanu returned to training on Thursday, and she she will be No.1 seed for the event in Linz after coming through a series of Covid tests.

“I had five negative PCR results so it’s not Covid,” she confirmed. “I’ve been feeling the ball well here and I’m in as good a place as I can be and just looking forward really, really positive for this week.”

This tournament is another example of Raducanu’s new-found status as one of the biggest names in tennis.

Organisers are hugely excited to have the British number one here, with some fans waiting outside the players’ hotel on Friday hoping for a glimpse of Raducanu despite her not arriving until Saturday.

It is all a far cry from the start of the year when, with the UK in lockdown, Raducanu was just another A Level student having to cope with home learning.

“January, February, March, I didn’t pick up a tennis racket really,” she said. “March 18 was my first session on court in 2021.

“For January, February, March, I was literally just sat at my desk staring at a wall for nine hours a day so I feel like, where I am now, I just need to really take it all in and enjoy it because, looking back at how far I’ve come, it’s pretty surreal and I just really need to enjoy it because at the beginning of the year I never would have thought it was possible.”

Raducanu will play her first match at the TipsArena on Tuesday against either Kateryna Kozlova of the Ukraine or Wang Xinyu of China and if she makes progress in Linz, she will cement her position in the world’s top 20 moving into the New Year.

Meanwhile, Racucanu has confirmed she is still searching for new coach and is keen to make an appointment that will help to take her to the next level in 2022.