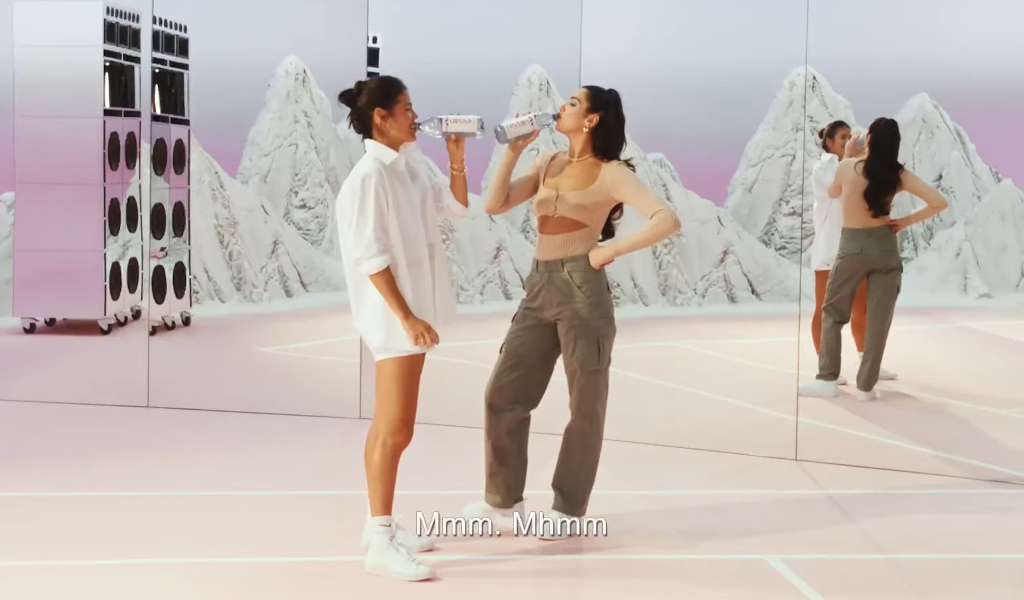 We all love it when celebrities from different industries team up to feature in star-studded advertising campaigns and Emma Raducanu and Dua Lipa have delivered in the latest Evian effort.

US Open champion Raducanu became the new face of Evian on the back of her Grand Slam success at Flushing Meadows in September last year with the company joining a number of other big companies to pencil lucrative sponsorship deals with the teenager.

Grammy Award winning pop sensation Dua Lipa, meanwhile, has been part of the Evian stable since July 2020 and the two stars joined forces for the Drink True campaign to mark the 2022 grass-court season.

The duo delivered a light-hearted ad as they do a “skills swap” as first Raducanu teaches Dua Lipa how to play tennis before the pop star gives tennis star a few dance tips.

In the Twitter campaign, Evian went with the caption: “Ahead of the tennis season, evian ambassadors @DuaLipa 🦋 + @EmmaRaducanu 🎾 step out of their comfort zones and show their true selves in our latest campaign #eviandrinktrue. A pure moment like this calls for natural #evian mineral water 💧”