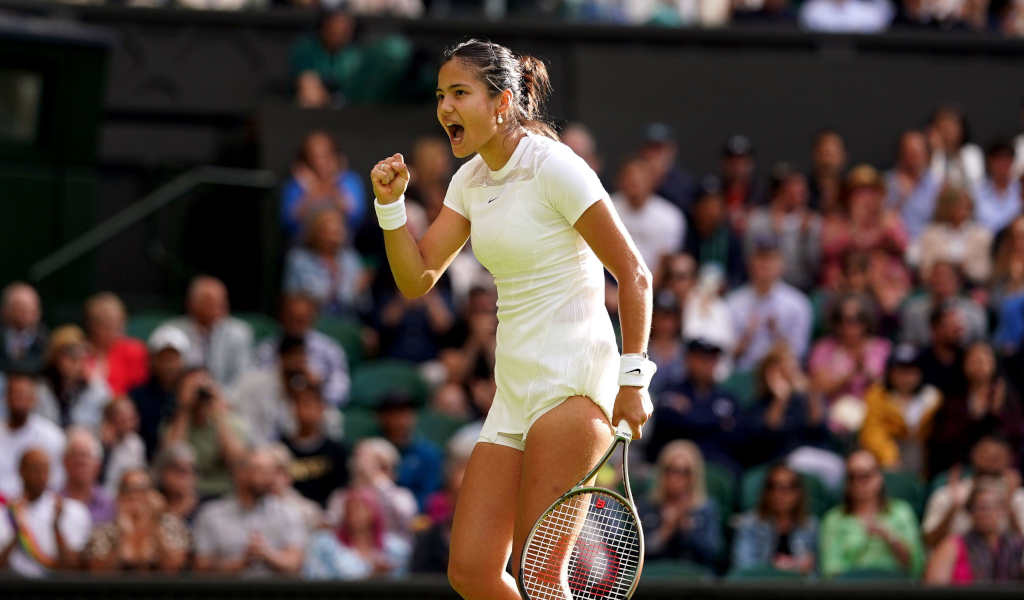 British No 1 Emma Raducanu says that she hopes she can be as resilient as 22-time Grand Slam winner Rafael Nadal.

Speaking after her first round victory over Alison Van Uytvanck, Raducanu said she drew inspiration from Nadal coming into Wimbledon.

A dream US Open triumph at the back-end of last season has given way to a difficult 2022 term for Raducanu.

Raducanu is eager to show her own fighting spirit at Wimbledon after a season disrupted by niggly injuries.

She turned up to the post-match presser in clothing branded with Nadal’s trademarked Raging Bull symbol.

“That’s what I’m bringing in. I think that I have had a tough year, it’s no secret. It is all worth it just to go out on Centre Court and get a win like that.

“I definitely am very happy to be here. All the lessons I’ve taken from the last year will only hold me in good stead for the future.”

Raducanu says that she doesn’t really struggle to get into the zone and didn’t look like a player who had barely touched the grass in June.

“But I know that when it comes to the matches, I feel like I really switch on. I don’t feel like I need a massive amount of preparation. Of course I do to build physically.

“I think a lot of it is mental and I definitely went out with the belief today. I know that I can compete with anyone on the other side of the court when I really go for it.”

Raducanu will face France’s Caroline Garcia in the Championships’ second round on Wednesday afternoon.

The only previous meeting between the two came on a hard court at Indian Wells earlier this season with Raducanu coming through that contest with a 6-1, 3-6, 6-1 win.

Garcia is ranked 55th in the world right now but has a strong career record on grass and will be a tough nut to crack.