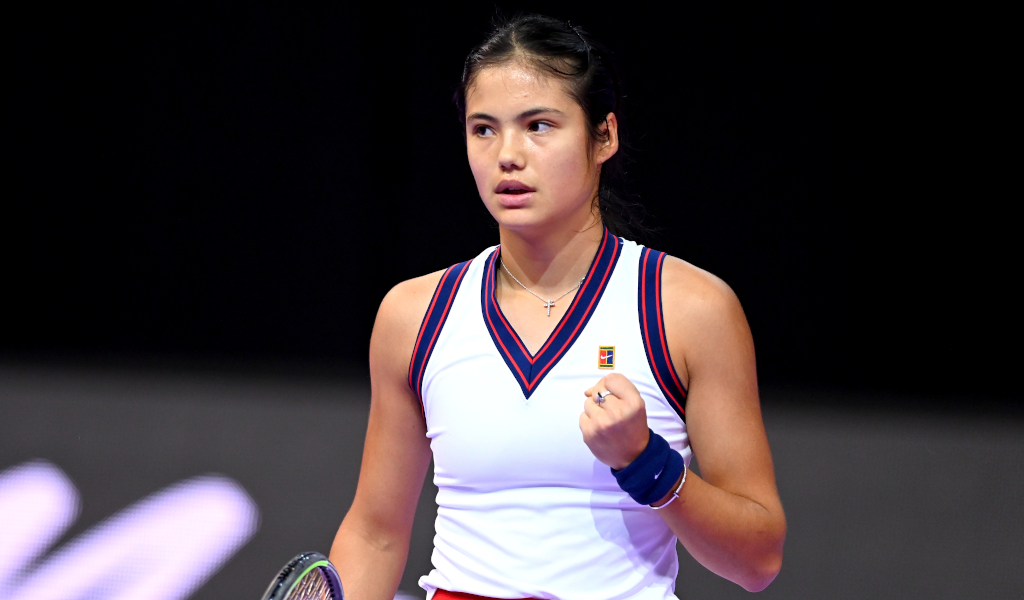 It’s time for a sharp dose of reality when setting levels of expectations for Emma Raducanu.

To suggest a US Open champion should be satisfied with a run to the quarter-finals of the Transylvania Open and a 6-2, 6-1 defeat against Ukrainian Marta Kostyuk may seem a little confusing and yet so much of this story is hard to explain.

If this is reviewed as the week that saw 18-year-old Raducanu record her first two wins on the WTA Tour and gain some valuable experience of life in the spotlight, then her trip to familiar surrounds in Romania would be hailed as a big step forward.

The trouble is, this is the tennis superstar who won a Grand Slam before she made her breakthrough on the women’s tennis tour and for that reason, her every move and defeat will be dissected with a different lens compared to others who have only on the senior tour since June.

It’s hard to forget the miracle of Flushing Meadows, as Raducanu cruised through qualifying and then won seven straight matches without dropping a set to create a moment of sporting history that may never be repeated, but we need to do that now.

We need to treat her US Open win as the fantasy it was and appreciate that the real world will be far more challenging for a tennis player who is still finding her way in the sport and who has just 11 matches under her belt on the WTA Tour.

Great week for @EmmaRaducanu and anyone who thinks otherwise has absolutely no idea how good the standard is in the @WTA these days. Everyone believes they can beat anyone. The @atptour will be the same in the coming years.

Even though that mindset is tough to embrace when the world has seen what Raducanu is capable of on the biggest stage of them all, reality has bitten in her two tournaments since and the defeat against Kostyuk in Cluj suggested this teenager is not ready to compete for titles on a consistent basis.

“This is the grind of tour life and it is tough out there,” declared former British No.1 Annabel Croft on Amazon Prime. “We shouldn’t panic about this defeat. There is so much going on in her life and she will take it in her stride.

“I actually think she’s probably had enough tennis for this year now. She looked fatigued out there and a little slumped in her chair at the changes of ends. She probably needs to reflect back on everything and have a period of time off.”

Croft’s wise words should be taken on board by Raducanu and while here management company IMG are now calling the shots in the life of the most talked about tennis star of 2021, all involved in this story need to draw breath and prepare for what is to come.

Raducanu has shown she can be a champion who has what it takes to thrive on the biggest of stages, but the consistency and maturity she will require to be a serial winner will only come with time.