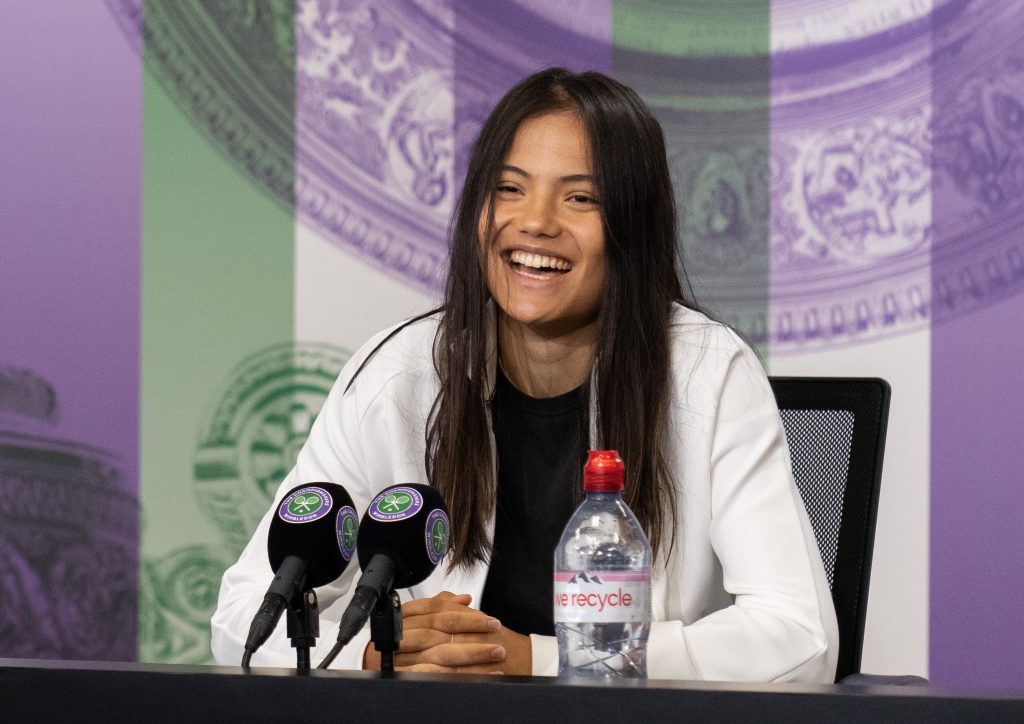 Emma Raducanu made a huge impression with her stunning run to the foruth round of Wimbledon and now she is getting used to life in the spotlight.

The British teenager has been looking back over her formative days in a delightful video produced by the Lawn Tennis Association to promote their LTA Youth initiative.

Raducanu is currently ranked at 184 in the latest WTA standings, but that ranking is certain to rise as she gets more offers to play in high-ranking WTA events after her Wimbledon heroics.

Here she looks back at her rise from her appearances in the Wimbledon junior events to her first appearance in the Fed Cup, a look back at the Battle of the Brits event that featured Andy Murray and her first matches in the main draw at Wimbledon.

We will be seeing a lot more of Raducanu and on the evidence of her confidence when dealing with her media commitments, she is going to a champion on and off the court.