Maria Sakkari says Emma Raducanu does not get enough credit 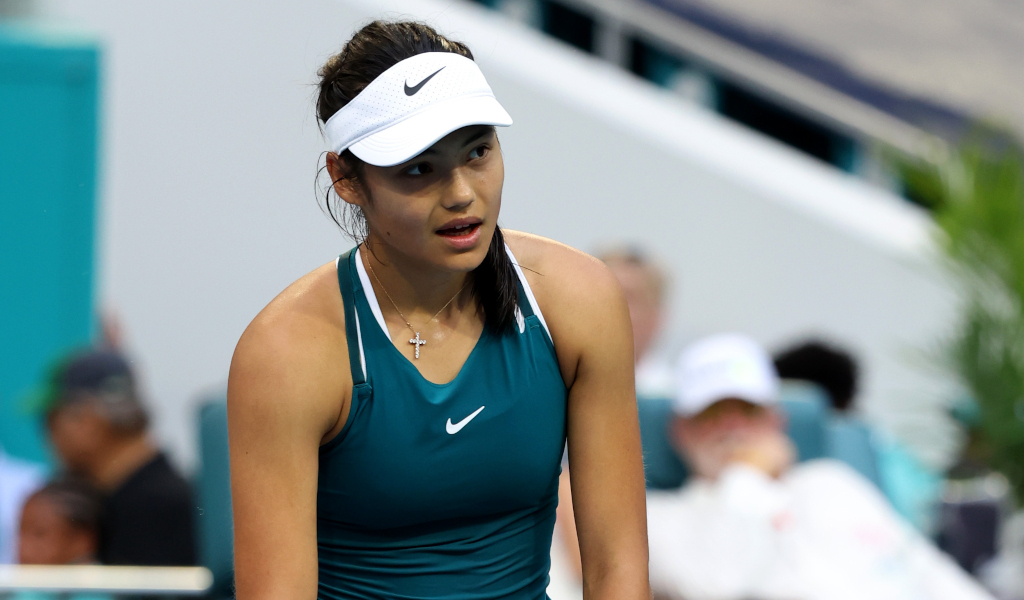 World No 5 Maria Sakkari believes Emma Raducanu does not get enough credit as she tries to make her way on the WTA Tour.

Raducanu is doing things backwards as she triumphed at the US Open last year having never won a match at senior level on the women’s tour.

The teenager is celebrating 12 months on the WTA circuit this week when she returns to the Nottingham Open – the scene of her debut in June 2021.

And it has been tough going for the teenager, who has had a mixed time playing against seasoned pros and still adjusting to the physical demands of life on the road.

Sakkari, who was beaten by Raducanu in the quarter-finals of the US Open, says the British number one is going to need time.

“I don’t really know her that well, but people don’t give enough credit to her. She has been playing good,” she told the PA news agency.

“It is not easy, if you exclude the US Open, she is 19. It takes time. The level at WTA is very, very high, so it is going to take time for her and every young player just to get used to the level.

“She had a three-week tournament in New York and I think now what she is doing is the right thing.

“It took me a lot of time because my breakthrough was later than other players. Everyone has different times to break through. For me it was two or three years until I got used to the Tour – it always takes time.”

Greek Sakkari was the heavy favourite to win their US Open quarter-final but was blown away by Raducanu, who was playing electrifying tennis.

“She was very young and upcoming and she did something amazing because she came through qualies and won the entire thing,” Sakkari added.

“I don’t really remember that match because it is more than eight months ago that we played. I remember she was fearless, she was going after every ball and that is what helped her win the tournament. She was confident and she was feeling it and she was enjoying herself on court.”

Sakkari could cross paths with Raducanu again as they are both competing in the Rothesay Open in Nottingham this week.

The 26-year-old, who is the top seed, revealed she is an unlikely supporter of Nottingham Forest.

“Nottingham Forest is owned by a Greek person who owns my Greek team Olympiakos, so there is a Greek connection. Being here and having that connection is great,” she said.

“Of course, I am supporting them next season. I am excited because Olympiakos, we have a long history in Greece but the Premier League is different.

“I am excited for them and I was happy when they saw they are in the Premier League. I was travelling so it was impossible to watch them (at Wembley) but I will be supporting them.”