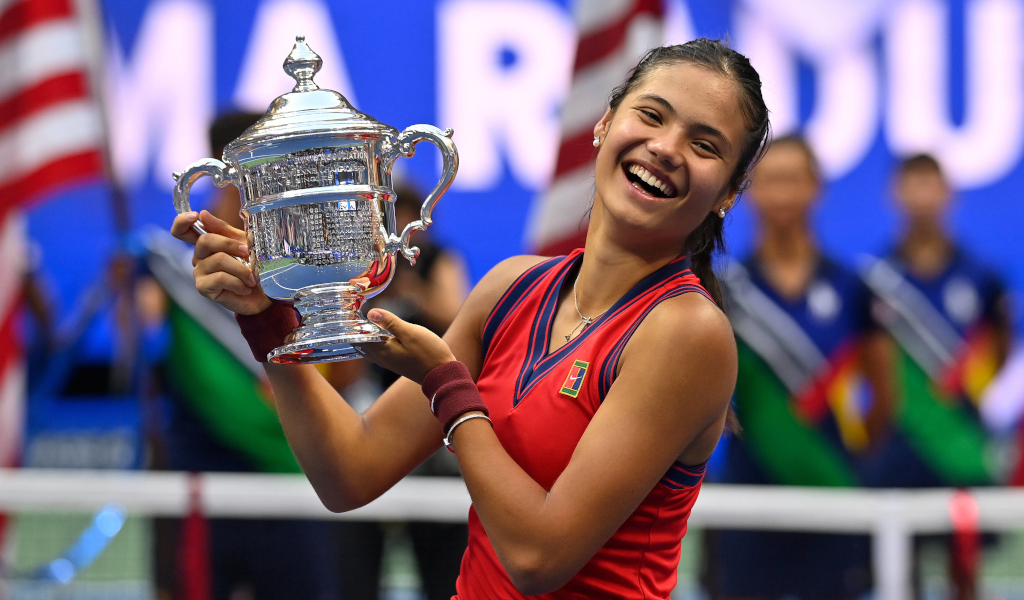 Emma Raducanu became the first British woman to win a Grand Slam singles title Virginia Wade did in 1977 when she won the US Open at Flushing Meadows last year, and the LTA wants to use that success to inspire more British kids to get involved in the game.

The 19-year-old’s replica trophy will be paraded around the UK to try in the hopes that it will inspire the next generation of tennis players and get them playing the sport.

Chief executive of the Lawn Tennis Association Scott Lloyd said: “We have been talking to Wimbledon as well about how that can get some profile during the Championships.”

we prepped as best we could , let’s go for it. 🇬🇧@the_LTA pic.twitter.com/hVg6FWTZIt

The Bromley local became the first ever qualifier to win a Grand Slam and she didn’t drop a single set whilst doing so, but her recent form hasn’t been as spectacular.

The US Open champion has only won three matches so far this season, including her most recent win at the Billie Jean King cup, where she led the Great British team against the Czech Republic, and she beat Tereza Martincova.

However, this success didn’t last long as in her second match she was defeated 6-1, 6-1 by Marketa Vondrousova and suffered foot blisters.

Injuries have blighted Raducanu so far this season, with blisters on her hands hindering her chances of progressing further than the second round in her first Australian Open, a hip problem ensuring she didn’t make it past the opening round at the Monterrey Open and a stiff back stopped her at the Indian Wells Masters.

The world No 12 is due to return to the court for the Stuttgart Open which gets underway this week and she is set to face Storm Sanders on Tuesday in the opening round, but she may still be a doubt as her foot blisters could prevent her from taking part.