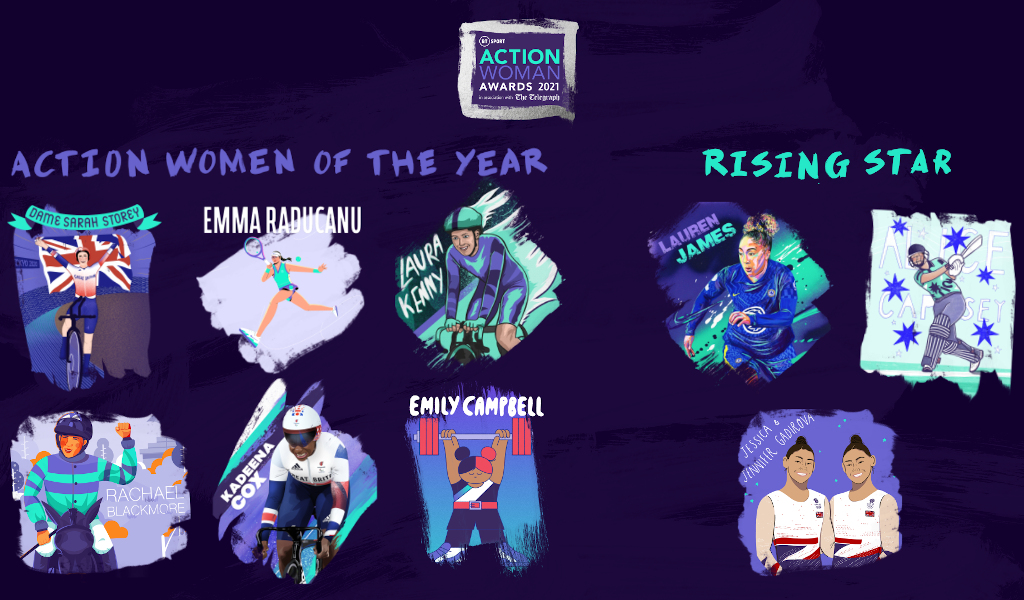 Emma Raducanu’s sensational 2021 journey has earned her a nomination for the eighth annual BT Sport Action Woman of the Year Award.

The 18-year-old rewrote history books when she became the first qualifier – male or female – to win a Grand Slam, winning 10 matches without dropping a set en route to lifting the US Open title.

However, Raducanu’s incredible year started at Wimbledon when she reached the fourth round on her major main draw debut after being handed a wildcard entry.

Her Grand Slam achievements have seen her rise to inside the top 20 in the WTA Rankings, becoming the only the fifth British woman to achieve the feat after Virginia Wade, Sue Barker, Jo Durie and Johanna Konta.

A press release on her nomination stated: “Tennis From wildcard entry to British number 1 with a Grand Slam along the way, it has been a year to remember for Emma Raducanu. The youngster burst onto the scene by making the fourth round at Wimbledon before taking home the US Open trophy in spectacular fashion.”

BT Sport presenter Clare Balding said: “This year has seen so many incredible achievements from Tokyo and beyond: familiar names grabbed the headlines while new faces have also been catapulted to international stardom. Being able to bring much-deserved recognition to these incredible sportswomen is why I’m so excited to work alongside BT Sport in shining a light on their stories and, in doing so, hopefully inspire the next generation of female athletes.”

The Rising Star nominees feature twins Jessica and Jennifer Gadirova for their performances in artistic gymnastics at Tokyo 2020, cricketer Alice Capsey – who was part of the Oval Invincibles’ The Hundred title run – and footballer Lauren James, who finished as Manchester United’s top goal-scorer in the 2019/20 season.

The public can vote at btsport.com/actionwoman.