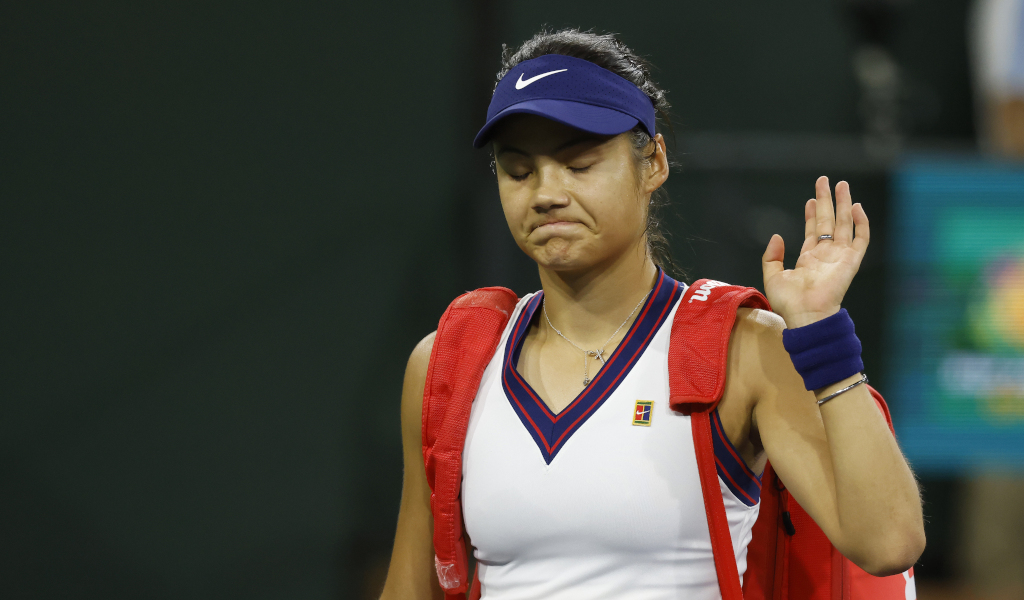 Returning to a normal routine following her early exit from the BNP Paribas Open will do Emma Raducanu the world of good, according to Dan Evans.

Having stunned the tennis world by coming through qualifying to win the US Open, Raducanu enjoyed a whirlwind few weeks as she attended the Met Gala and the premiere of the new Bond film No Time To Die while she was had several media commitments.

The WTA 1000 event in Indian Wells was her first event after her New York success, but she fell at the first hurdle as she produced a error-strewn performance to go down 6-2, 6-4 against Aliaksandra Sasnovich in the second round.

After the match the 18-year-old admitted that she is still a work in progress.

“For the bigger picture, I’ll be thanking this moment. So, that’s the lesson I think, that you can easily get sucked into being so focused on the result and getting disappointed,” she said.

British No 1 Evans, who opened his BNP Paribas Open campaign with a 4-6, 6-3, 6-4 win over Kei Nishikori, shared his thoughts on the teenager’s defeat.

“I would not know what she’s going through. I think I read somewhere that she said it was sort of a good feeling to get that match out of the way, and that’s probably true, isn’t it, that she’ll now start getting back to a bit of normality where she can play and get ready for the next tournament,” he said.

Raducanu has been without a coach since she parted company with Andrew Richardson, but LTA women’s coach Jeremy Bates helped out in California.

Evans, who has spent periods travelling on his own, added: “It’s not easy, obviously. But she’s got the right people to be able to do the right things at the tournament.

“If she needs to hit, she needs to feed balls, that’s no issue, where that was my biggest issue is that I didn’t even have someone with me. Obviously the coaching thing will be sorted soon, I guess. Then hopefully it might be a bit of a longer partnership.”