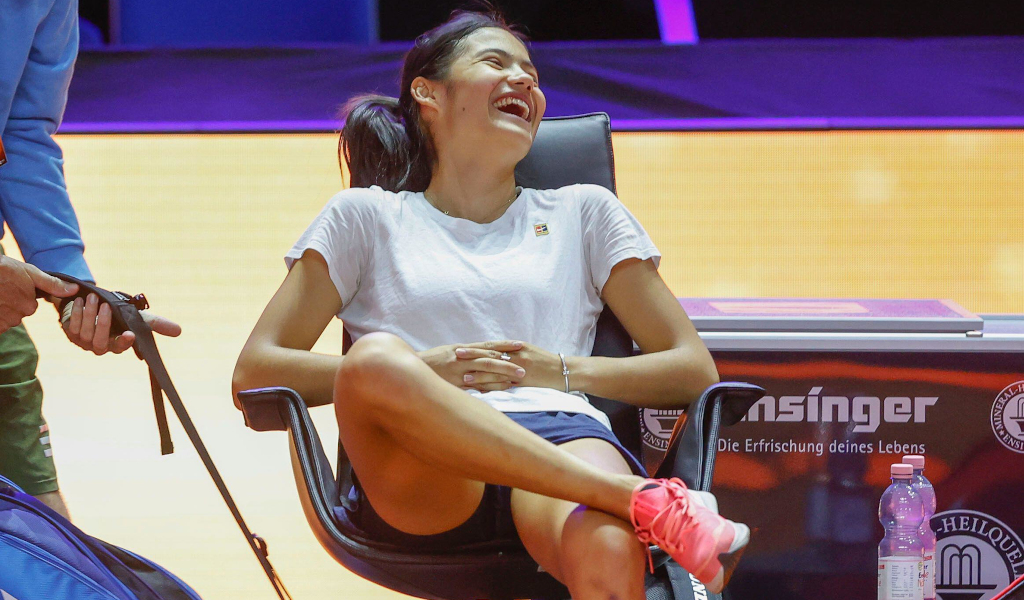 The past few months have been difficult for Emma Raducanu as struggled to put together a decent run of a results, but the US Open champion feels that by just “having fun every single match” she is starting to regain her best form.

Raducanu made a disappointing start to the 2022 season as she exited the Australian Open in the second round and she is yet to win back-to-back matches this campaign.

However, she has struggled with illness, injury and blisters on her hands and feet.

The teenager, though, did show glimpses of her best form during her Billie Jean King Cup debut clash last week as she beat Tereza Martincova from the Czech Republic in straight sets before suffering a 6-1, 6-1 loss at the hands of former French Open finalist Marketa Vondrousova.

Her Billie Jean King Cup clashes were her first taste on clay at top level tennis and on Wednesday she won her first WTA Tour match on the service, beating Australian qualifier Storm Sanders 6-1, 6-2 in the opening round of the Porsche Tennis Grand Prix in Stuttgart.

“This time last week I was practicing in Prague and I genuinely didn’t know how to move,” she said after her victory.

“The fitness trainer was teaching me how to slide using a medicine ball. So I’m really pleased with how I’ve improved in a week.”

One key feature for Raducanu the past few weeks has been her change in attitude as the British No 1 just wants to have fun.

“At the US Open I think the biggest thing was just having zero expectation and just going out there and having fun every single match, having a swing and I think that’s something that overtime I’ve definitely developed and starting to do more and more,” she said.

“I’m just really enjoying my tennis at the moment.”