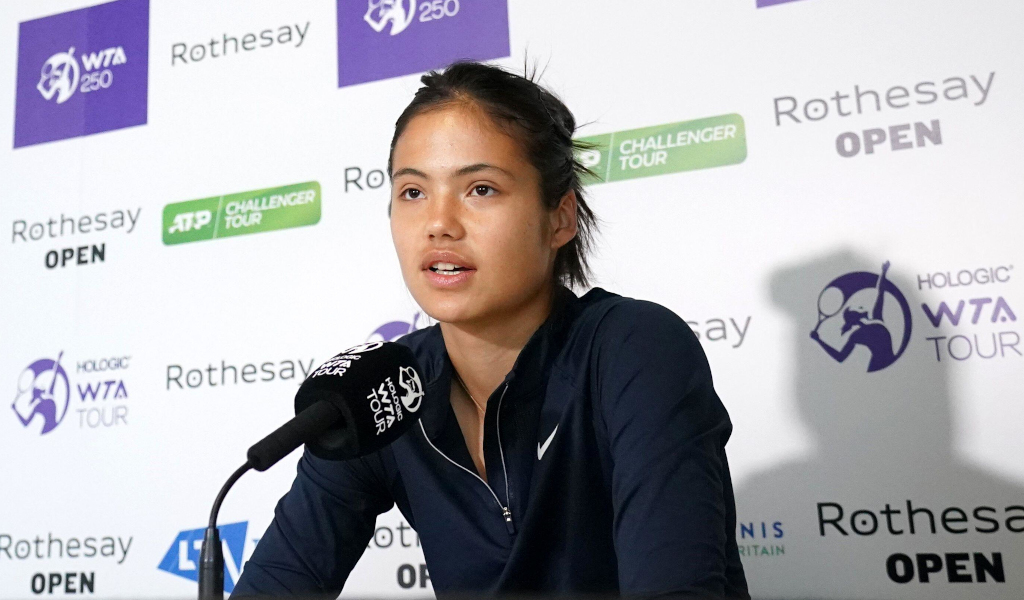 Emma Raducanu has “been knocked down every single week literally in front of everyone”, but the teenager is proud of the way she has responded.

The reigning US Open champion has struggled for form since the start of the year as she is yet to win three consecutive matches on the WTA Tour, but instead of going into her shell the 19-year-old has held her head high and continued to plug away.

Raducanu, who has struggled with injury and illness, will return to action for the first time since losing in the second round at Wimbledon as she will face qualifier Louisa Chirico from the United States in the first round of the Citi Open on Tuesday.

The British No 1 believes it was always going to “tricky” playing in her first full season on the WTA Tour after going from unknown teenager to US Open champion.

“This year was always going to be pretty tricky, trying to find my feet at this sort of level,” she told reporters at the Citi Open. “I skipped every stage basically. I went from playing a few [ITF] 25s to playing the Top 10 [in WTA 250s, 500s and 1000s], playing the slams and everything. Still managed to win a round or two in some bigger events. I’m quite proud of myself in that way.

“I’ve learnt that I’m pretty resilient. I’ve pretty much been knocked down every single week literally in front of everyone, get back up every single time.

“It’s just a fun learning experience for me.”

Raducanu, who will also be in doubles action on Monday as she will partner with Clara Tauson in the women’s doubles, will have a new coach in her box at Washington D.C. as she has linked up with Dmitry Tursunov, but it is not permanent move, well not yet anyway.

The US Open champion caught most tennis pundits by surprise last week when it emerged that she was working with former top 20 player Tursunov ahead of the North American hard-court swing.

Tursunov had success in recent years as he mentored Anett Kontaveit of Estonia when she reached a career-high of No 2 in the WTA Rankings earlier in 2022.

Her decision to partner with Tursunov raised eyebrows, especially due to his nationality with Kontaveit admitting in June that she split from the Russian as he was not able to travel around the world due to restrictions.

Raducanu’s agreement with Tursunov, though, is only on a short-term basis with tennis journalist Ben Rothenberg revealing on Twitter that it for now they will only work together at the Citi Open.

“Emma Raducanu says this week (and last week) with coach Dmitry Tursunov is on a trial basis, and won’t be continuous; she said Tursunov already has preexisting commitments for Toronto next week,” he wrote.

Emma Raducanu says this week (and last week) with coach Dmitry Tursunov is on a trial basis, and won’t be continuous; she said Tursunov already has preexisting commitments for Toronto next week.

The British No 1 split with Torben Beltz, her third mentor in just under a year, back in April and she has been working with coaches from the LTA on an interim basis.