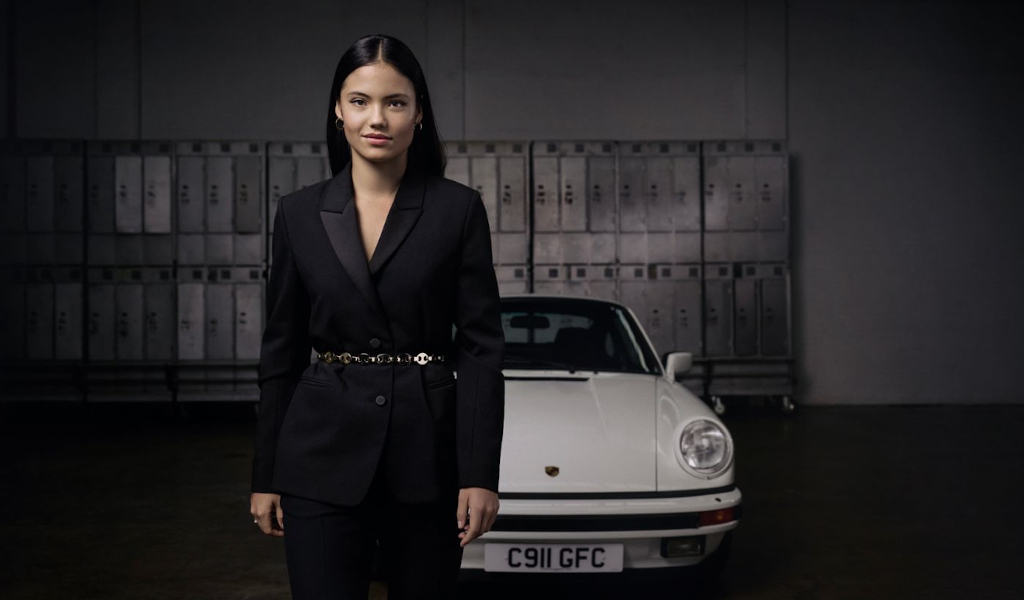 It pays to be the brand ambassador for Porsche, just ask Emma Raducanu who she has fulfilled a childhood dream by driving a £125,000 Porsche 911 Carrera GTS Cabrio.

On the back of her fairytale run at Flushing Meadows last year when she became the first qualifier to win the US Open, Raducanu signed a sponsorship agreement with the German high-performance sports car manufacturer.

“To be a brand ambassador for Porsche means a lot because now I feel like I might be able to sit in my own 911 one day – and that’s been a dream since I was a kid,” she said at the time.

“It’s also really important for me to align with partners that I feel passionate about and which I identify with, and since motorsports has been a part of me since childhood, I think this partnership is incredible and I’m really excited to see what sort of exciting things we can do going forwards.”

However, last month she insisted that she was not ready to get rid of her second-hand Dacia Sandero, which she bought for £5,000 in 2020.

“It was funny, I passed my test three days before the first lockdown and we sort of knew it was going into lockdown, so we needed to buy a car ASAP,” she told The Sun. “I bought it second-hand for £5k. I take care of her. I’m never going to get rid of it.”

Of course there was a bit of history behind her decision to go for the Sandero at the time as she explained: “My dad is Romanian and a Dacia was his first car. So, yeah, I have a white Dacia Sandero.”

Fast forward a month and she was spotted arriving at the National Tennis Centre in Roehampton in London in her new silver Porsche 911 Carrera GTS Cabrio, which is worth about £125,000.

The supercar has a top speed of 192mph, comes with a 3.0-litre flat-six twin-turbo engine and it can be either a seven-speed manual or an eight-speed PDK transmission. It can go from 0-62mph in 4.3 seconds when driving manually and 3.6 seconds with the automatic transmission.

It is quite an update from her Dacia Sandero.

“My favourite car is the 911 for sure. Throughout the generations it’s so unique and beautiful in every way. I feel like it’s one of the most iconic cars that are out there,” Raducanu said earlier this year and now she owns one.