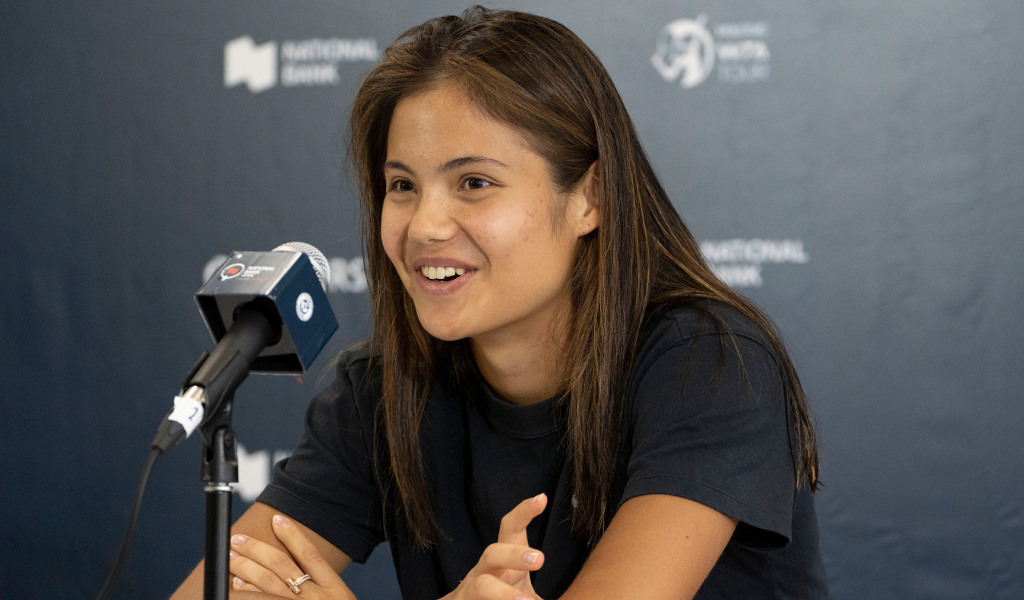 Emma Raducanu has revealed that she didn’t get any special treatment from her local club following her US Open success last year while her family also went about their business without much fanfare.

Just a few months after reaching the fourth round on her Grand Slam debut at Wimbledon, Raducanu stunned the tennis world when she won the US Open on her maiden appearance at Flushing Meadows in New York. Aged only 18 at the time, she became the first man or woman to lift a major trophy as a qualifier – winning 10 matches without dropping a set.

Although she became a global superstar overnight with royalty and celebrities quick to congratulate her and sponsors lining up to get her to promote their products, Raducanu says not much changed at home or at her local tennis club following her success at the hard-court Grand Slam.

“[Winning the US Open] wasn’t a big deal at all for my family – it was just like a normal Friday or Saturday night,” she revealed in an interview with Grazia Magazine.

“After the US Open I was struggling to get a court at my local club – there was no special treatment at all!”

The 19-year-old’s New York fairytale raised the profile of tennis in Britain and statistics showed there was a massive increase in the number of people – both young and old – taking up the sport.

Both the Lawn Tennis Association and UK government also announced further investment in grass-courts tennis shortly after her win while Amazon Prime Video reinvested seven-figure sum it received from Channel 4 for sharing its broadcast of the US Open women’s final in girls’ participation in tennis.

Raducanu, who is currently ranked just outside the top 70 in the WTA Rankings, hopes her story will continue to inspire youngsters to take up the game of tennis.

“I’m so proud. I don’t really see the impact I’ve had until I see the courts way more booked up. I’ve seen the kids at my local primary school and at the National Tennis Centre, they’re all so excited,” the 19-year-old revealed.

“There’s been a lot of money invested from Prime Video and the Federation got some investment after the US Open, so I do feel like I helped in some way. Hopefully it can inspire some kids in the next generation.”