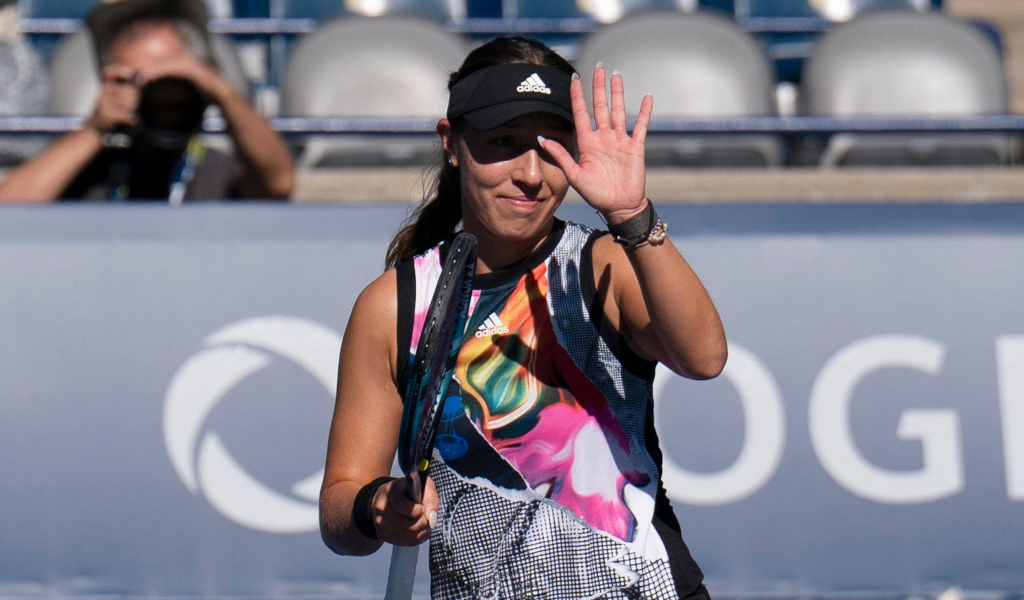 Emma Raducanu was unable to follow up her impressive Western & Southern Open displays against Serena Williams and Victoria Azarenka with a third consecutive win against Jessica Pegula as the American won in straight sets to reach the quarter-final.

Tenth seed Raducanu produced her best form since winning the US Open last year when she dispatched former world No 1s Williams and Azarenka in the first two rounds.

However, she came unstuck against Pegula as the world No 8 won 7-5, 6-4 in one hour and 42 minutes on Thursday.

🇺🇸 @JLPegula stops Raducanu’s run and reaches the quarterfinals at the @CincyTennis once again! pic.twitter.com/46T8HBFjSq

The top-ranked American broke in game three, but Raducanu hit back straightaway to draw level only for a poor service game late in the set resulting in a crucial second break for Pegula.

A solitary break in game three of the second set earned the 28-year-old the victory.

“I definitely felt like I was pretty nervous tonight, not really knowing – well, knowing how she plays but not actually practising or hitting with her,” Pegula said.

“And then playing at night, the conditions are heavier. Just seemed so different when I got out there. I’m happy with how I pulled through with that and I guess another quarter-final.”

The seventh seed will take on qualifier Caroline Garcia for a place in the semi-final after the Frenchwoman beat Elese Mertens 6-4, 7-5.

Pegula, though, had nothing but praise for Raducanu after the teenager’s impressive wins over Grand Slam winners Williams and Azarenka earlier in the week.

“I mean, definitely having to beat Serena and Vika is not easy, even no matter how they played or Serena hasn’t been doing as well, whatever,” she said.

“I think handling the moment like that is really difficult. For her, she’s already had success, but for her to handle that, I think it’s really hard no matter what. I don’t care what you say or how you are playing or whatever. To beat both of those girls back-to-back is tough.”

Pegula is looking to win her first title since Washington 2019, although she finished runner-up to Ons Jabeur at the Madrid Open earlier this year while she also reached the semi-finals in Miami in May and Canada last week.

The winner of the Pegula-Garcia clash will take on either Aryna Sabalenka or Zhang Shuai for a place in the final. Sixth seed Sabalenka defeated Shelby Rogers 6-4, 6-7 (2-7), 6-4 while Zhang continued her run of upsets as she followed up her first-round win over Naomi Osaka with a 2-6, 6-4, 6-4 victory over second seed Anett Kontaveit.