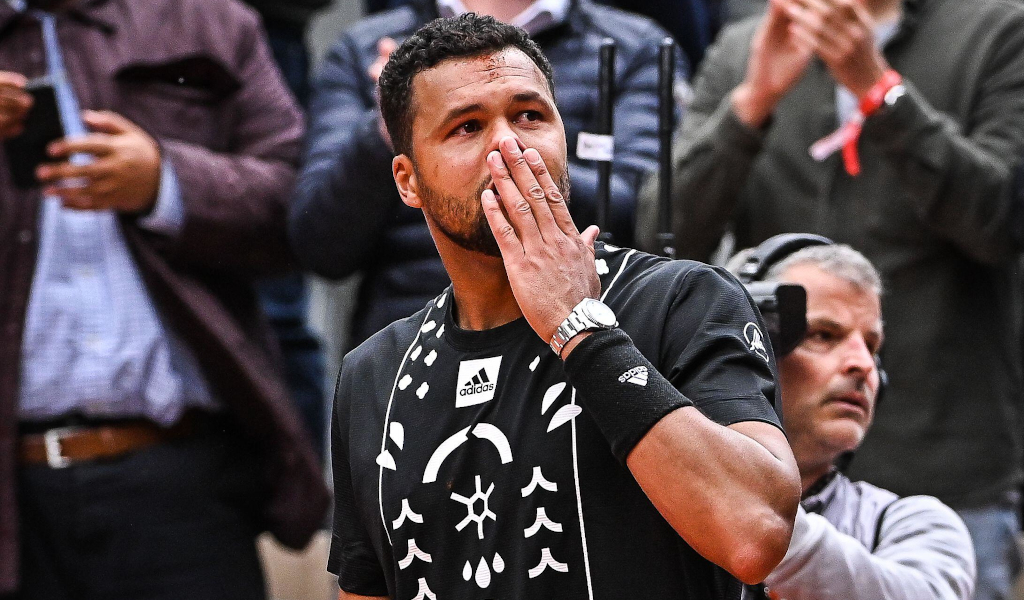 There were tears and tributes as Jo-Wilfried Tsonga played his last professional match on Tuesday, going down against Casper Ruud in the first round at his beloved Roland Garros.

Tsonga, who has struggled with injury the past few years, had announced earlier this year that the French Open would be his last tournament and it was always going to be an emotional affair on Court Philippe Chatrier.

He gave the French fans plenty to cheer about early on as he stunned Ruud by taking the opening set tie-breaker, but the eighth seed then hit back to win the second set tie-breaker before two breaks in the third set gave the Norwegian a two-set to one lead.

A special on-court presentation took place in his honour after the match and French players, including Gael Monfils, Gilles Simon and Benoit Paire, attended.

Tsonga finishes his career with 18 ATP Tour singles titles while he finished runner-up at the 2008 Australian Open and reached two semi-finals at Roland Garros and two at Wimbledon.

There was a special video played on the big screen as well as the Andy Murray, Novak Djokovic, Rafael Nadal and Roger Federer all paid tribute.

“Jo is one of the most charismatic tennis players ever to play the game,” world No 1 Djokovic said. “I was very happy to share the court with him many times. He brought a lot of positive attention and popularity to our sport, not just because of his dynamic game style, but also his charisma and personality – he has made his mark and legacy in our sport.”

Roger Federer said: “Congratulations for an enormous career, I took great pleasure to play against you, even to lose against you. We had some great battles all these years, we are going to miss you on the circuit.”

“He is very charismatic. I’ve known him since we were kids. I think he brings a lot of positive things to our sport so I am sad to see him go,” the 21-time Grand Slam champion said.

Tsonga himself was thankful for being part of a great adventure.

“Today is a big day. A day that I say goodbye. I’d like to thank everyone that has come with me on this adventure,” the 37-year-old said.

“I had the luck and the opportunity to do all of this. It’s been amazing to be part of a wonderful generation of French players.”