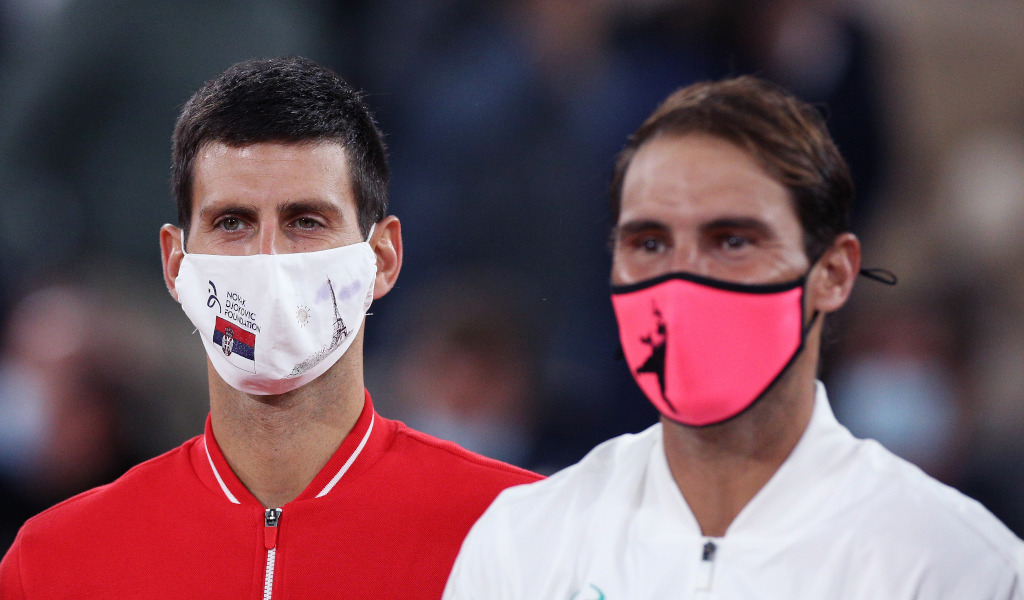 What is the first word that comes to your mind when the names of certain tennis players are mentioned? Eugenie Bouchard recently gave the “word rally” game a go and she came up with interesting answers for the likes of Rafael Nadal and Novak Djokovic.

Former Wimbledon runner-up Bouchard has been working as studio analyst for Tennis Channel during the North American hard-court season and many believe she has been a good addition.

The Canadian took part in a “word rally” segment in which she has to say the first word that comes to mind when someone or something is mentioned.

It started with the word pizza and she went with “Joe’s”. Next was Federer and she replied “Roger”.

After going through a couple of other items, Nadal popped up and Bouchard replied “beast”. Djokovic was the next tennis player’s name to come on the screen and she said “crybaby” with a few winks.

Belinda Bencic and Stefanos Tsitsipas were the other two tennis players whose names featured and for the former she said “gold medallist in singles before Roger Federer. Amazing.” while Tsitsipas was simply “Greek”.

Of course, 20-time Grand Slam winner Djokovic’s fans have not taken kindly to Bouchard’s comment as the Canadian has been criticised on social media for her answer.