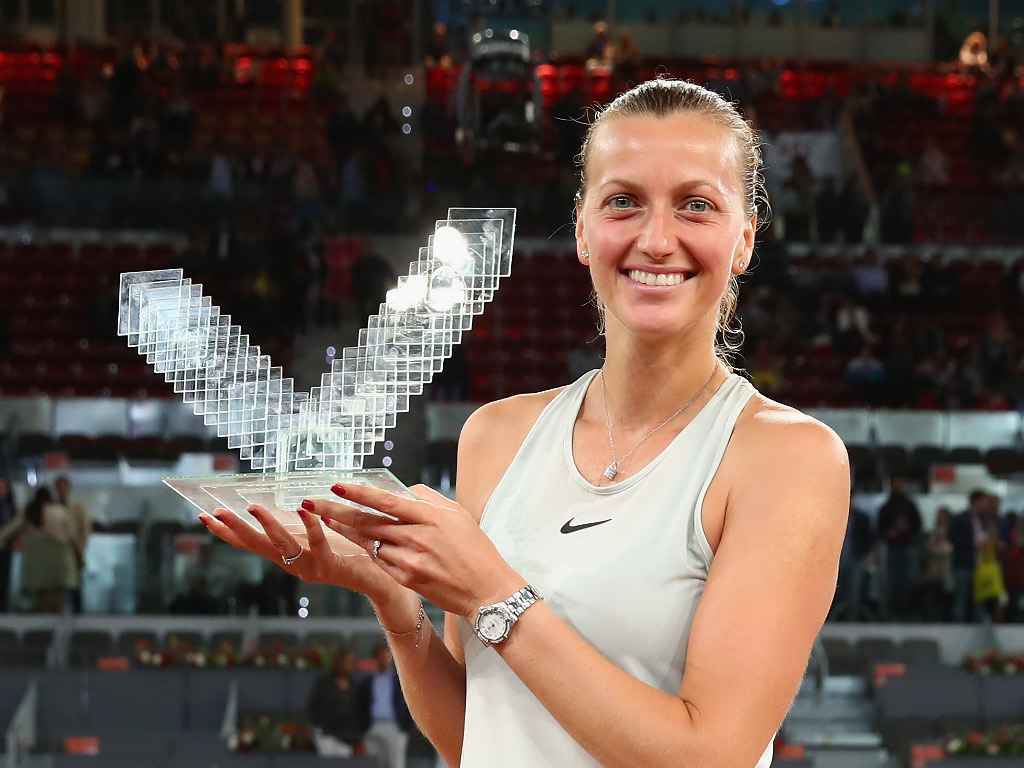 Petra Kvitova secured a record third Madrid Open title with victory over Kiki Bertens and admitted she was surprised how well her body handled the pressure the last two weeks.

A week after winning the Prague Open in her native Czech Republic last week, Kvitova took her winning streak to 11 matches as she beat Bertens 7-6 (8-6), 4-6, 6-3 in nearly three hours.

.@Petra_Kvitova was simply sensational all week!

A look at her Top ? moments at the @MutuaMadridOpen! pic.twitter.com/hpjlJVZzcw

The two-time Grand Slam winner became the first female to win the Madrid trophy three times as she also won the title in 2011 and 2015.

“[Winning the title] feels sweet and weird as well,” she said. “I didn’t really expect that, even the same time last year. Even coming from Prague last week, I didn’t think I could be in the final, winning the trophy back-to-back.

“My body is very exhausted, as well, so… I’m pretty surprised that the body just handle it somehow. Every title feels great. Winning three times here in Madrid, it means something. It’s not really happening every day, so I’m very proud of myself.”

She added: “That’s what we are fighting all week, for the trophy. It’s always pretty close, but pretty far as well.

“You meet the best players in the final, so it’s always putting lots of effort to win. My last three finals I played for three sets, which it’s pretty tiring as well. It probably was the same like today, or playing Muguruza in Doha, Buzarnescu in Prague.

“It’s always a big fight, which is nice, but on the other hand probably I loved it, right? That’s why I love to play tennis. It’s extra motivation.”