Fancy a trip to the US Open? Here’s your ultimate guide to Flushing Meadows

Want to head to the US Open but don’t know where to start? Kevin Palmer has you covered.

The scramble to secure a prized Wimbledon ticket has become a summer tradition for tennis fans through the ages, so connoisseurs of the game may be tempted to travel to get their fix of Grand Slam action and the US Open at Flushing Meadows is a great destination to choose.

Tennis365 will be bringing you the best coverage of the final major of the year over the next two weeks, but here is your guide if you fancy making a last-minute dash to New York to see your heroes in action.

Walk about 20 minutes (or take cab) to Penn Station to catch Long Island Railroad train from Manhattan to Flushing Meadows. The train leaves about every half-hour and the ride is 20 minutes.

At 1,255 acres, Flushing Meadows Corona Park is one and a half times the size of Manhattan’s Central Park.

Gates Open at 9:30am in New York for the first few days of the US Open and the space to explore around the grounds is a joy for all tennis fans.

Check out the practice courts and there are free seating tickets available on the Louis Armstrong and Grandstand courts for fans who may already have seats on Arthur Ashe Stadium or fans who just have a ground pass.

Ticketmaster in America offers face value and verified resale tickets for the main show courts at Flushing Meadows, with the relatively cheap tickets at the top of the stand coming with something of a health warning. 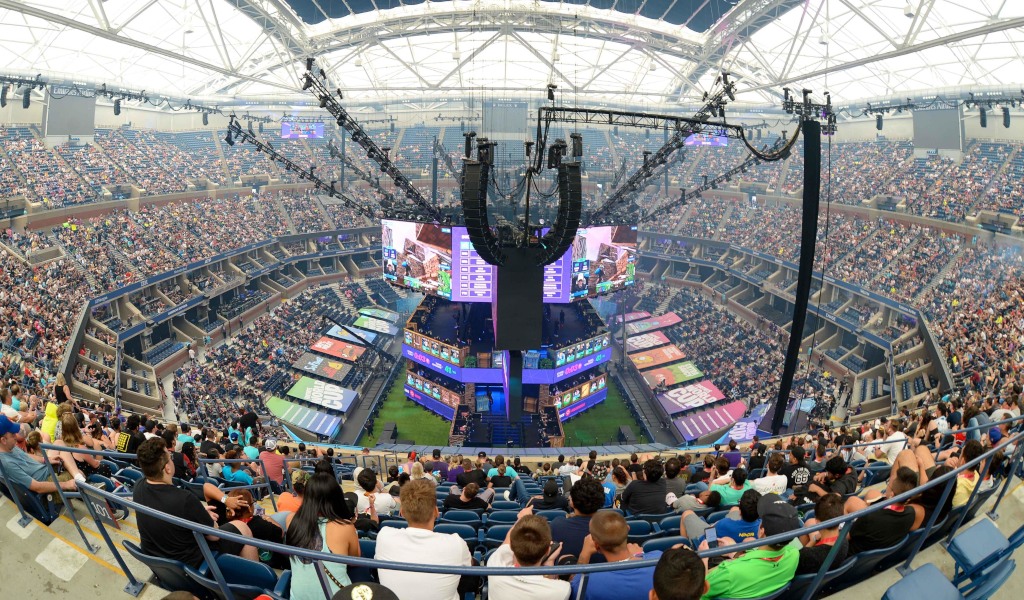 Arthur Ashe Stadium is a vast arena and when you are perched high in the stand with $50 seats for the opening day, it can feel like you are watching two ants doing battle on the famous court below you.

The night sessions can also get chilling when you are sat up in the Gods, but you will need to have deep pockets if you want to get closer to the action, with tickets to watch first-round matches courtside on sale for a face value price of $500.

If you want to see history being made in the Men’s final in two weeks, you will be spending up to $7,500 to get curtsied tickets, with standard tickets still on sale at the top of the stands for $320.

Several companies offer package tours for tennis fans to attend the US Open and the best of the bunch may be Grand Slam Tennis Tours.

Working in the business for more than two decades, they offer top seats and hotels in neat packages that will stretch the budget, but make your once-in-a-lifetime travel experience a little easier.

Grand Slam Tennis Tours also offer unique tennis experiences for fans of the game, as they arrange for you to play with former and current players in some of the most beautiful tennis clubs in the world.

Be wary of buying expensive tickets for the outside courts after the first week, as most of the top matches and the biggest stars play on Arthur Ashe stadium court once they progress through the first couple of rounds.

You could hit the jackpot and see Roger Federer or Serena Williams in action on Louis Armstrong court in the first week, but the secondary courts tend to be used for lower profile singles matches and doubles battles in week two.

Also, wrap up warm if you are attending a night session in the high seats on Arthur Ashe stadium court. It can get cold up there at night!