Fantastic Felix Auger-Aliassime does it again: From losing eight finals in a row to winning three titles in a row 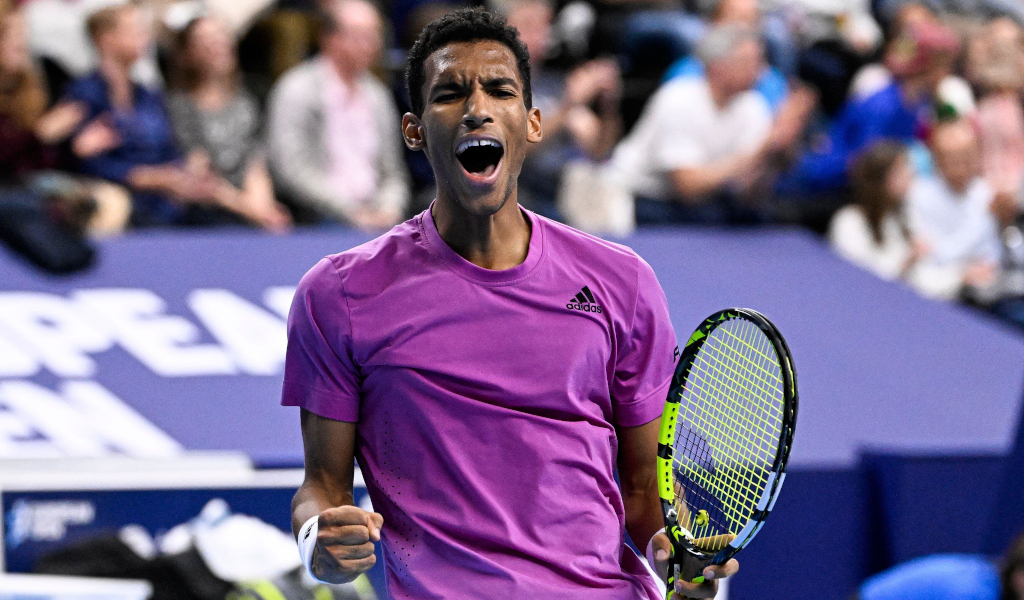 There must have been a point in Felix Auger-Aliassime’s career where he thought he would never win an ATP Tour singles titles. After all, he had finished runner-up in his first eight finals. However, he appears to be unstoppable in finals as he has now won three titles in a row.

The Canadian won his fourth title at the highest level by defeating Holger Rune in straight sets in the Swiss Indoors final in Basel on Sunday.

His Basel trophy came hot on the heels of the European Open title last week and the Firenze Open trophy a fortnight ago as he took his unbeaten run to 13 matches.

The win also gave his hopes of qualifying for the ATP Finals a big boost as he is now up to sixth in the Race to Turin with a comfortable 725-point lead over of eighth-placed Taylor Fritz.

The 22-year-old, who took out world No 1 Carlos Alcaraz in the semi-final, won Sunday’s title on the back of a 6–3, 7–5 victory in one hour and 40 minutes over Rune, who himself was on a hot streak as he won last week’s Stockholm Open.

Auger-Aliassime took charge of the match from the fourth game as he converted the first break point opportunity of the match and then went on to serve it out to love.

Rune had a break point in game two of the second set and two more in eight game, but the Canadian stood firm.

The Dane then saved three break points in game 11, but the pressure eventually told as the third seed eventually broke to go 6-5 up before converting on his third match point to seal the match.

“It’s been an amazing week,” Auger-Aliassime said. “Once again in the final, not getting broken all week… [It’s been] a long year, a long stretch of wins, and it’s not over. So hopefully I can keep going, but right now I’m feeling all the good emotions that come with winning a tournament. It’s amazing.”

Felix Auger-Aliassime goes from cold to red-hot in finals

The Canadian lost his first eight ATP finals with the first coming in February 2019 at the Rio Open and the last in June 2021 at the Stuttgart Open before winning his maiden title in Rotterdam earlier in 2022. A defeat in the Open 13 final followed before he started his streak in Antwerp.

Up next for Auger-Aliassime is the Paris Masters where he has a bye in the first round. He will face either Alexander Bublik or Mikael Ymer in the second round while a potential third-round clash against either ninth seed Taylor Fritz or former world No 1 Andy Murray could be on the cards.