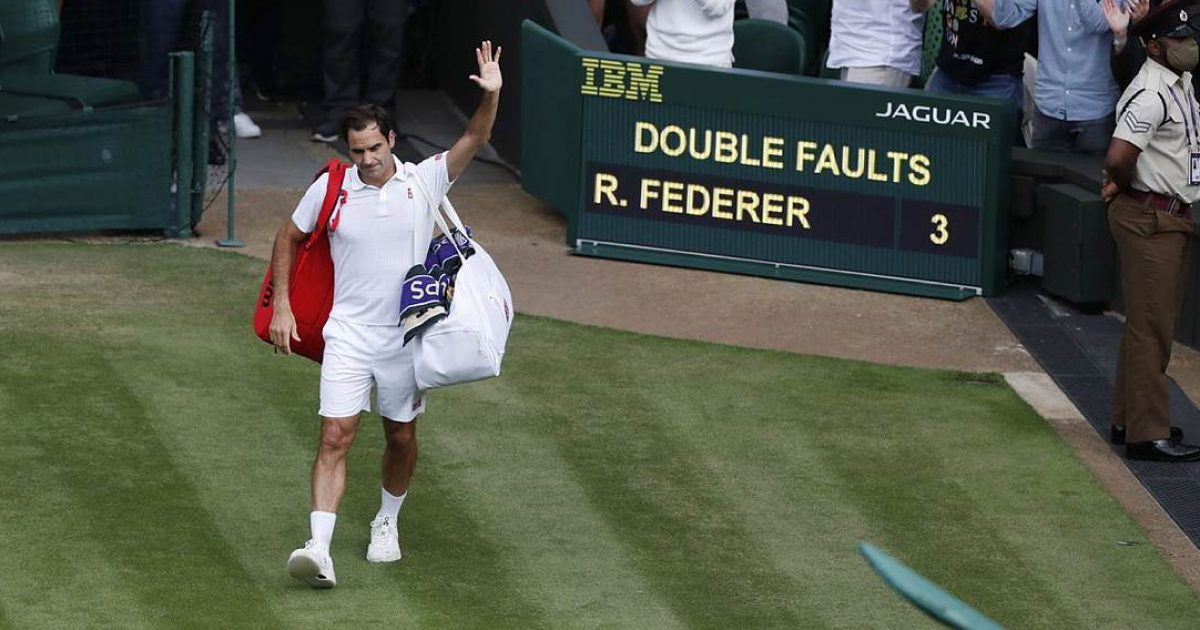 There was always a danger it would end like this for Roger Federer.

While the dreamer lurking inside Federer’s soul may have envisaged one final forehand winner on finals day, a last flashing moment of glory for the most popular tennis player of all-time, reality was always likely to get in the way and so it proved as Poland’s Hubert Hurkacz inflected a 6-3, 7-6, 6-0 defeat on the eight-time Wimbledon champion in front of a stunned Centre Court crowd.

Hurkacz may be a top 20 performer, but Federer would have expected to beat him with plenty to spare given his improving form over the course of this latest push for a ninth Wimbledon title.

Yet this was the day when Federer suddenly looked every day of his nearly 40 years, with the magic he has always brought onto his favourite court so badly missing as he looked slow, lethargic and in the end appeared to be eager for his misery to end.

The ovation that enveloped Centre Court from a packed crowd as Federer served at 5-0 down in the third set sent a shiver down the spine and as the great man fumbled the ball as he tried to serve, it was clear that the enormity of the moment had hit him.

This felt like the end and it almost certainly was for a champion who has never performed like this at Wimbledon until now and never lost a set 6-0 in this tournament until what is likely to have been his last.

And they say to never meet your heroes…@HubertHurkacz knocks out his idol, eight-time champion Roger Federer, in straight sets to advance to his first Grand Slam semi-final#Wimbledon pic.twitter.com/Qri1uriPDF

“He won’t want to carry on unless he feels like he can win,” declared John McEnroe as he commentated on a match that has a real sense of finality about it and while Hurkacz deserves credit for holding his nerve to beat his idol, he was not up against the real Federer.

This was a Federer who looked off the pace in the first set, missed glorious chances to win the second set tie-break and then had nothing left to even think about a comeback.

If that is the best he can offer in a Wimbledon quarter-final, the retirement decision has been made for him and while he will not want his career to end like that, this was the risk he ran as he carried on beyond the age of 39.

Tears will be shed around the tennis world when confirmation arrives that Federer’s glorious career has come to an end.

It’s time to get those tissues ready.