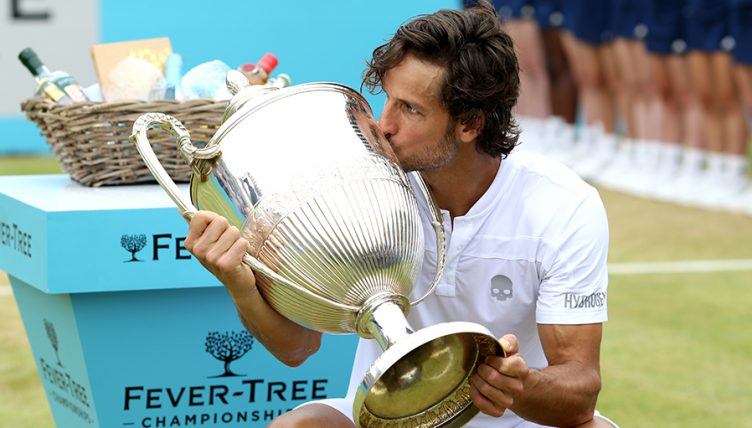 Feliciano Lopez has taken the Queen’s Club title for the second time after a gruelling three set thriller against fellow veteran Gillies Simon.

At 37-years-old, he has become the oldest person to take the crown for the second time, as he already held the record when he won it as a 35-year-old in 2017.

The Spaniard has also become the first wildcard to win the Queen’s singles title since Pete Sampras in 1999 .

Ranked 113th in the world, Feliciano Lopez had won just three singles matches this year going into the tournament. And he was just as surprised as anyone in his post-match interview.

“When we (Lopez and girlfriend) first met I was losing. Now I can show her that I’m a decent tennis player.” 😂@feliciano_lopez @QueensTennis pic.twitter.com/hyrvVHVnGd

“I don’t know how I did that,” smiled the Spaniard.

“I thought the best moment of my career was when I held this trophy in 2017 but it’s not. It’s right now.”

Lopez went on to make a moving tribute to his fiancee Sandra Gago who was watching on court side.

“She might have heard of this leftie Spanish player but I’ve not won many matches since we met.