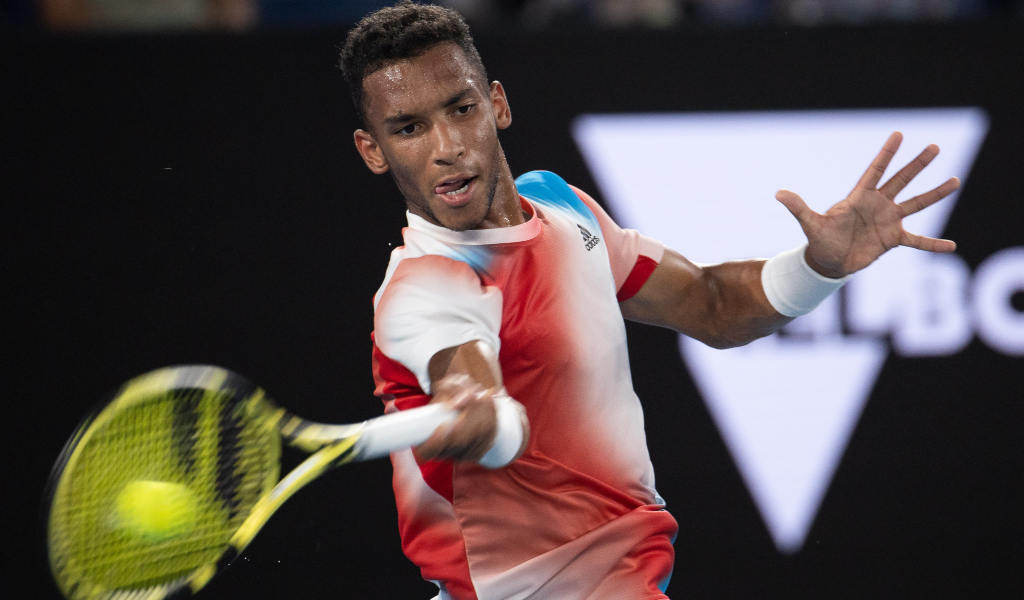 Felix Auger-Aliassime strengthened his case in the final push for places at the ATP Finals with another brilliant week in Antwerp.

The Canadian won his second title in as many weeks when he defeated Sebastian Korda 6-3, 6-4 for the European Open trophy on Sunday.

The top seven players on the Race To Turin Standings after the Paris Masters will head to the season finale joined by Wimbledon champion Novak Djokovic.

Auger-Aliassime thrived in the atmosphere at the Lotto Arena.

“It’s another great week,” Auger-Aliassime said during the trophy ceremony.

“I played some great tennis and really fought hard to stand here in front of you today, so big shoutout and thank you to my team. “My coach and my physio [are] here and my whole family that came all week, so thank you very much, it’s been a great week.

“It wouldn’t be so special of course [if we weren’t] in front of all of you. That’s why we play tennis, to play in front of big numbers of people like this on centre court, so thank you all for coming in big numbers this week.”

Auger-Aliassime currently holds the final qualifying position because Djokovic guaranteed his place under the Grand Slam champion provision, which awards entry to a current-year major winner who finishes between eighth and 20th in the Race, with the Serb clinching his place thanks to back to back wins of his own.

The Canadian bounced back from first-round exit in Astana to win titles in Florence and Antwerp.

Auger-Aliassime has won eight consecutive matches now, with six of those victories coming in straight sets.

The 22-year-old produced a nearly flawless performance on Sunday to earn the Antwerp crown after one hour and 26 minutes.

While the Canadian was favourite, Korda had defeated Auger-Aliassime 6-2, 6-2 on the clay of Estoril earlier this year.

However, this champiosnip match proved a very different type of contest, and Auger-Aliassime snatched a 2-1 lead in their Head to Head series on the ATP Tour.

“You got me good last time we played, so I’m happy I was able to get a win over you,” Auger-Aliassime said.

“You’re such a great player, so keep going like this and good luck to you and your team for the rest of the year.”

Auger-Aliassime claimed the first service break at 3-2 in the first set, and did it in some stye.

He hit a stunning forehand passing shot up the line to secure the early lead.

The three-time ATP Tour titlist would not take his foot off Korda’s throat from then on in.

Auger-Aliassime not only controlled his own service games with some rockets, but also mised things up with aplomb with brilliantly timed drop shots.

Korda, who was out to try to claim his second ATP Tour title, struggled to consistently put his opponent under pressure.

The Young American fashioned his best shot at getting back into the match at 2-1 in the second set, when he held two break points.

However, Korda could not convert those opportunities, and Auger-Aliassime not only held his serve in that game but broke his opponent’s in the next.

Auger-Aliassime claimed the trophy in style, holding to love before letting out a celebratory roar as his team applauded his effort.

Both Auger-Aliassime and Korda will now travel to Basel, where they will compete in the ATP 500 event which could see the Canadian take a giant leap towards the ATP Tour finals.

Korda could not lift the trophy, but he will take confidence from advancing to consecutive finals in Gijon (l. to Rublev) and Antwerp, and has the edge in form over first round opponent Andy Murray.

“Back to back finals is a great achievement,” Korda said during the trophy ceremony. “Unfortunately we couldn’t get it done today, but we’ll be back in the next coming weeks and hopefully we [will] go one step further.”

READ MORE: The eight women who make up the WTA Finals field