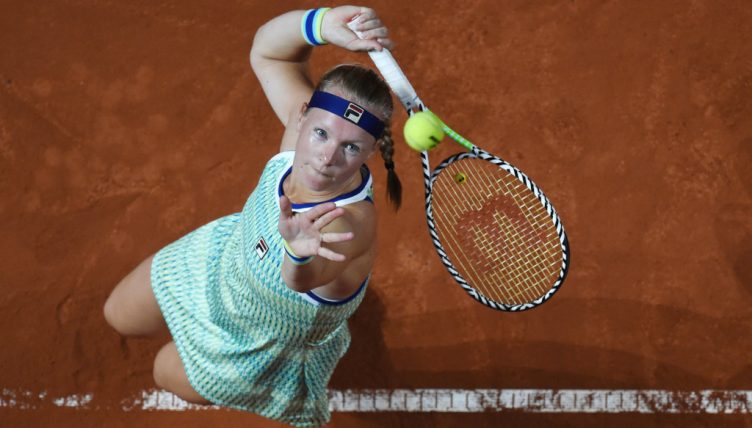 Will Simona Halep successfully defend her La Coupe Suzanne Lenglen trophy or will we have a new ladies’ singles champion at Roland Garros this year? Here are your contenders…

Simona Halep
Let’s start with the defending champion Simona Halep, who was an obvious favourite last year as she headed into the tournament in good shape as she was a finalist at Roland Garros in 2017 and finished runner-up at the 2018 Australian Open.

However, her form has been not been as spectacular in the run-up to this year’s French Open with her best clay-court display coming at the Madrid Open where she was beaten comfortably by Kiki Bertens. Outside of that, she was dumped out from Rome in her first while she has also had one or two injuries.

Kiki Bertens
If anyone deserves the title clay-court specialist on the WTA Tour at the moment, then it is Kiki Bertens. She is the form player on the red dirt as she won in Madrid and was a semi-finalist in Stuttgart and Rome.

Overall, Bertens has won nine singles titles and six of them have come on clay.

Of course, it is a different story putting together the perfect run during a Grand Slam tournament, but you suspect Bertens is primed for that breakthrough as she has beaten top guns Halep, Petra Kvitova and Angelique Kerber in recent weeks.

Naomi Osaka
If we are being totally honest, Naomi Osaka has not looked in Grand Slam-winning form in recent months. Since the Australian Open she has reached only one semi-final (Stuttgart), but retired before the match started due to injury while she also pulled out of her Italian Open quarter-final clash.

All her titles to date have come on the hard courts, but what counts in her favour is the fact that she knows how to put together a run at a major. That experience is often more vital than actual form ahead of a tournament.

Petra Kvitova
A winner in Stuttgart and a quarter-finalist in Madrid, Petra Kvitova has also not been her dominant self on clay this season, but it’s the experience that counts at Grand Slam level.

Her best showing to date at Roland Garros came in 2012 when she reached the semi-final, but this is a different Kvitova since she has come back from the career-threatening hand injury she sustained during a burglary in 2016.

Karolina Pliskova
The Czech won the biggest clay-court title of her career when she beat Johanna Konta in the WTA Premier 5 Italian Open so she heads to Roland Garros full of confidence.

She also finished runner-up to Ashleigh Barty on the hard-courts of Miami while at the Australian Open she produced a comeback of note when she beat Serena Williams in the quarter-final.

You expect her to go deep, but might struggle when she comes up against a Bertens or a Halep during the business end.